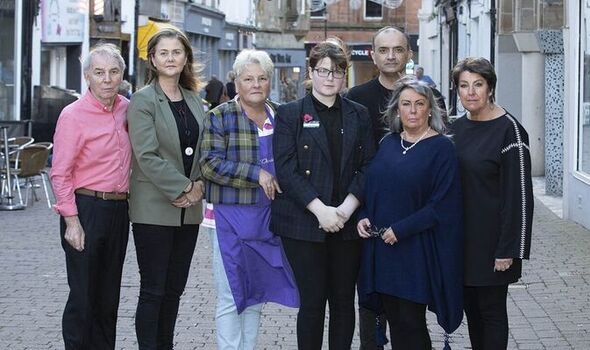 Traders in a Scottish town have fumed over a “fine-happy” parking warden, who they claim is driving customers away from the high street.

Customers and traders alike claim to have received a significant number of parking fines in Ayr over the past year from the “overzealous” enforcement officer. Businesses claim some of the tickets were even issued while proprietors were loading or unloading goods.

The owner of bakery Wild Dough, which only opened last year claims she has amassed 11 fines totalling an eye-watering £330 all for unloading.

The woman, who asked not to be named, said: “In the space of six months, I’ve had seven tickets.

“I was only in my shop for three days when I was first hit with a fine. It took me a month to get a parking permit which only allows me to unload before 10.30am and after 4.30pm.

“You are afraid to come on the street and go to your business.”

Jim McSherry, manager of pub Wee Windaes, shared his ire at the situation.

Speaking to Ayrshire Live, he said: “Almost everyone has been booked by him on this street.

“There are new businesses opening in Newmarket Street. We’re trying to bring people into the town.

“He is driving them out of town. He’s not being reasonable at all. He’s not giving anyone a chance.”

Tony Kyrcikos, boss of Greek restaurant Gyros, has himself received four fines since opening in June.

“He is hunting people down,” the business owner said.

“It’s a very bad situation. He doesn’t give anyone a chance.

“I was in the process of moving my car, I was waiting for someone to bring the keys out to me from the restaurant. He gave me a ticket for that.

“All the shops here are fed up. We have all complained about him.”

As well as having to cough up to pay his own fines. Tony was obliged to pay for a customer when the parking attendant swooped in on a disabled pensioner who was collecting an order.

Tony added: “A 70-year-old man with a disabled badge came up to get food one afternoon.

“He parked the car in front of my shop to grab his food and he was given a ticket.

“I paid the fine for the customer. It’s very bad, it is going to put off customers. He wasn’t in the shop long.”

Long-term jeweller Grant Allan, owner of Wallace Allan’s was tipped over the edge after two electrician’s work vans were booked.

“It is almost as if he is waiting for someone to pull up, I don’t know where he hides but you literally have no time at all to move before he’s pulled out a ticket.”

Alison Ingram, of Hairstopper, which has operated for 39 years, has been on the receiving end of six tickets costing £240.

She said: “The parking attendant booked me one morning at 8.50am whilst he watched me clean the outside of my shop.

“We’ve had a lot of traffic wardens over the years, some of them are very good and accommodating, it’s like he has a vendetta against folk.

“It is so frustrating. Business is bad enough without paying £240 in parking fines.”

A spokesperson for Ayrshire Roads Alliance said: “The restrictions on Newmarket Street have not changed and are very clear. Newmarket Street is a pedestrian zone and there should be no access by vehicles during the hours of 10.30am and 4.30pm.

“Thirty minutes loading/unloading is allowed after 4.30pm and before 10.30am for vehicles with loading permits or goods vehicles. We have written to all businesses to remind them of the parking restrictions.”