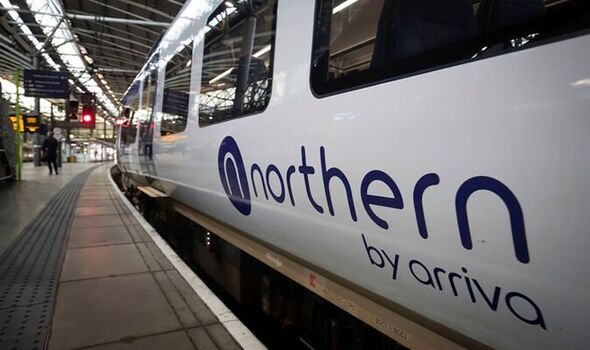 Passengers said toilets overflowed, men urinated on the floor and in the sink and tired babies cried on the Northern service, stranded on its way to Wilmslow, Cheshire, via Manchester Piccadilly on Saturday May 7. According to one passenger, at around 10:15pm the train suddenly stopped, suffering from an apparent “power cut”, with “all electricity going off”.

That passenger also claims they were left stranded on the train in the dark for two hours and thirty minutes without any information.

He said: “Women could no longer use it, men were p***ing all over the floor and sink, the toilet door shut on people in the toilet trapping them for sometime.

“Passengers ended up wanting answers, but there was only one [member of] train staff. When she made an appearance after an hour, she had only one update which was that no one was answering at the other end, so we were all panicked.”

Passengers then started banging on windows and smoking, according to the man, who said a newborn baby on the train was crying.

“With no answers we had to just sit and wait, with drunk passengers and no updates,” he continued.

“At around half midnight, we were eventually told to that a train had come to save us, so we all had to evacuate the train. [This was] hearsay [from] passengers, the train staff didn’t inform us anything.

“We all climbed out of the train using the ladders and sat on another Northern service to take us to our final destination but it then then didn’t depart for another 30 minutes, and then decided to terminate at Manchester Victoria. All passengers [catching] connecting trains were completely lost.

“We eventually arrived at Victoria at 1.27am, at which point [it was] explained we’d get taxis but, again, absolutely no communication by staff and people [were] left stranded, they didn’t even have any toilet facilities open for us after this four-hour [journey]! It was hell.”

The “entire train breakdown was in pitch black”, claims the livid traveller, who eventually arrived at his station in Stockport, Greater Manchester, in a group taxi at around 2.15am.

The only help the passengers received during the ordeal, he claims, was from police and station staff at Manchester Victoria.

Chris Jackson, regional director for Northern, said: “I apologise to all customers on the 21.30 Liverpool to Wilmslow service on Saturday night.

“We know this was a busy train with people trying to get home for the evening – and unfortunately the loss of power was not connected to an issue with the train, but with the overhead power supply.

“Despite repeated attempts by the driver to get the train moving again, it was not possible to restore power and a recovery train was dispatched from Manchester Victoria.

“Due to the remote location that the service encountered this problem – and having first had to negotiate a safe passage for that recovery train across the network – it was not possible to reach the passengers and complete a controlled evacuation for some time.

“Upon arrival in Manchester, onward transport was provided to get passengers to their final destination.”

Northern, often branded as Arriva Rail North, operates at more than 400 stations across Yorkshire, Lancashire, Greater Manchester, Humberside and parts of the Midlands.