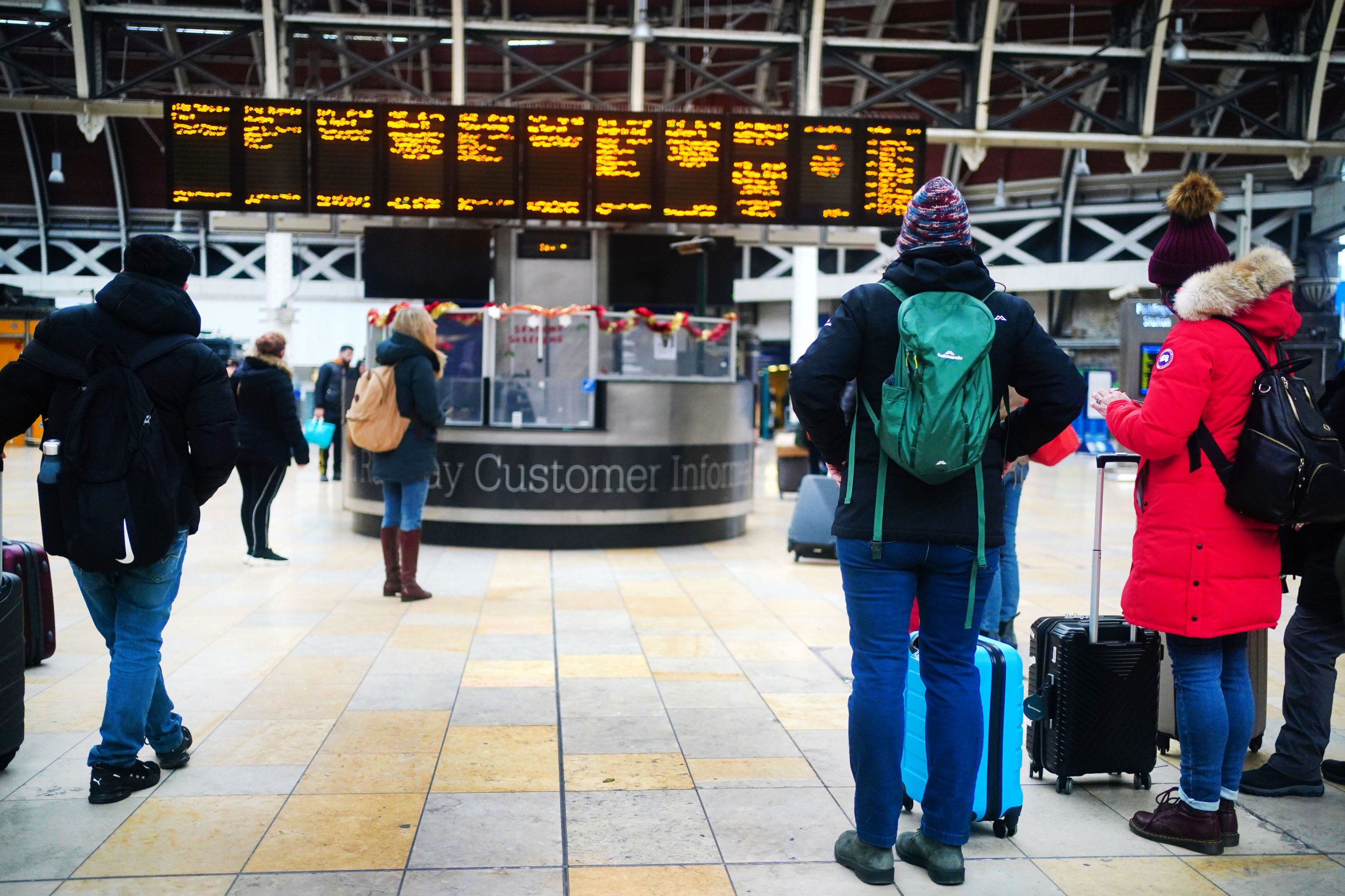 Commuters are facing yet more misery this morning as rail workers have embarked on their next set of strikes over the festive season.

More than 40,000 members of the Rail, Maritime and Transport union (RMT) are walking out today and tomorrow, which may also impact on the festivities taking place on the last full weekend before Christmas.

Passengers have been urged by Network Rail to only travel ‘if necessary’ over the next 48 hours.

The London Underground is still running over the next two days, but there is likely to be chaos on the roads as there are also National Highways and bus strikes.

Bus drivers in south and west London who are in the Unite union and work for operator Abellio are currently in a deadlock over pay.

Areas affected include Battersea, Beddington, Hayes, Southall, Twickenham and Walworth. It is the final bus strike of this year.

And National Highways traffic officers in the Public and Commercial Services Union working in north-west England, north-east England, and Yorkshire and the Humber are also on strike for the next 48 hours.

National Highways it has ‘well-rehearsed resilience plans in place’ and no roads are expected to be closed.

Up to 25 workers per region are taking part, and mostly signal programming and CCTV monitoring are expected to be affected.

And the chaos won’t be over anytime soon with more strikes planned over December and January.

The next industrial action will take place from 6pm on Christmas Eve (January 26) until 6am on December 27.

RMT boss Mick Lynch announced earlier this month he had rejected the Rail Delivery Group’s offer of a 4% pay rise for 2022 and 2023, ‘as it does not meet any of our criteria for securing a settlement on long term job security, a decent pay rise and protecting working conditions’.

He has now requested a meeting with prime minister Rishi Sunak in an open letter: ‘it is now clear to my union and the wider public that No. 10 is directing the mandate for the rail companies and has torpedoed the talks.’

Mr Lynch praised those taking part, adding: ‘I congratulate RMT members who have shown enormous dignity and rock-solid fortitude throughout this 48-hour strike.

‘They have shown how important their work is to the functioning of the economy and wider society.

‘All they want is a negotiated settlement on job security, a decent pay rise and good working conditions.’