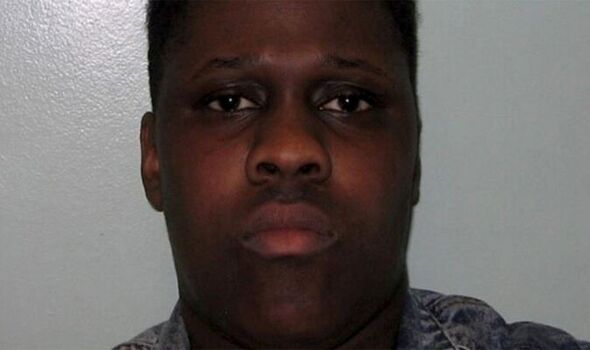 Tarjit Singh, 32, was born a female named Hannah Walters but now identifies as a man. He had abusive relationships with each of his three victims, with whom he would wear clothes during sex and use a prosthetic penis in the dark, between June 2010 and March 2016.

Singh became abusive and manipulative once the victims began to ask questions, and told one of them there was more to a relationship than sex and that she should learn to talk about her feelings more.

Describing the sexual contact at a trial at Snaresbrook Crown Court in east London on Wednesday, one victim said she only discovered Singh had female genitalia after finding his strap-on prosthetic penis some months into their relationship.

She told police officers that she felt so stupid that she had fallen for such lies.

Singh told another victim he had been born male, had a sex change to become female, and now wanted to be male again.

The third victim met Singh after receiving a message from the dating website Plenty of Fish in 2014.

Shortly into their relationship, Singh told her that he would be having a sex change to become female.

The victim met with Singh after what she believed was the sex-change operation and noticed he now had breasts but no scarring.

Singh was caught out after this relationship became abusive, and the victim made a complaint to police. The inquiry then linked back to two earlier victims.

During the trial, the prosecution was able to present mobile phone evidence that showed a history of websites visited by Singh, which included FreeToMProsthetics.com – a firm making ultra-realistic prosthetic penises.

Melissa Garner, from the CPS, said: “These victims have been deceived, betrayed and lied to in the most disturbing and traumatic of ways. One of the victims was just 16 years old when she met the defendant.

“Tarjit Singh, who was born as Hannah Walters, presented himself as a man, wore men’s clothing and used a man’s name. He tricked three innocent women into believing he was male and when questioned, he violently attacked them and intimidated them into continuing relationships.

“Singh has never admitted his crimes and has continued to claim that these victims were aware of his gender.

“The victims in this case have shown immense courage in coming to court and giving evidence.

“Sexual offences can be some of the most complex cases that we prosecute. I hope these convictions go some way in providing the victims with closure. The CPS is committed to bringing sexual offenders to justice.”

Singh will be sentenced at Snaresbrook Crown Court on July 27.