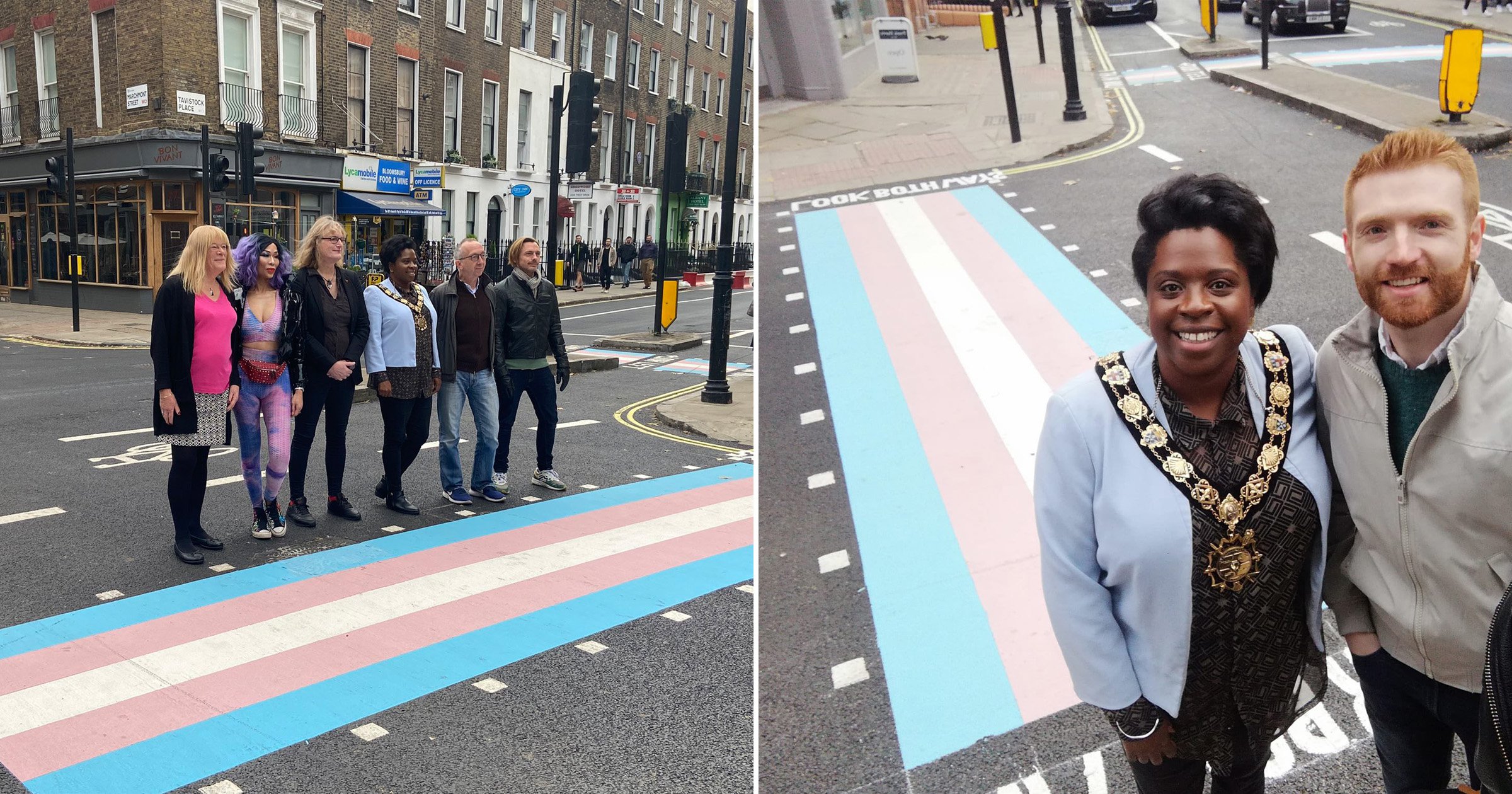 A new ‘trans crossing’ for road users has been installed in a London borough.

The move aims to show that ‘everyone is welcome’ in Camden, in the north of the capital – but disability campaigners have expressed concerns about the plan, with activists highlighting how it can confuse guide dogs.

New road markings depicting the blue, white and pink flag – which represents the transgender community – make the crossing one of the first of its kind in the UK.

It was unveiled on Monday near Gay’s The Word – a community book shop selling queer fiction and other literature.

‘Wonderful to make a clear statement that everyone is welcome in Camden! An honour to be involved in making this happen.’

Sasha Misra, Associate Director of Communications and Campaigns at Stonewall, told Metro.co.uk: ‘At a time when trans people are increasingly finding their identities brought into question, it is inspiring to see Camden Council champion and represent their lived experiences with this new crossing.

Transport for All, a disability campaign group, wrote to the Mayor of London in September, setting out ‘significant concerns’ about ‘colourful crossings’.

The group highlighted how blind and visually impaired people need consistent and predictable signage; those with learning difficulties may find it difficult to interpret the paintings as a crossing; people with dementia may misinterpret the markings and those with Autism may get ‘sensory overload’ from ‘visual noise’.

There have also been long-standing worries about the initiatives among people who use guide dogs.

But in a statement, Camden Council said: ‘Ensuring the crossings are safe and clear has been the Council’s priority on all occasions. Ahead of installing the Transgender Awareness Crossing, Camden carried out a full Equality Impact Assessment and Road Safety Audit, and is committed to engaging with disability groups to discuss the accessibility of the crossing.’

It added that it had taken steps to keep the design and layout simple, with essential road markings clear.

The council said it laid the crossing at a signalled crossing, keeping standard traffic features like stoplines and studs in place, but would continue to work with disability groups in case further measures are needed.