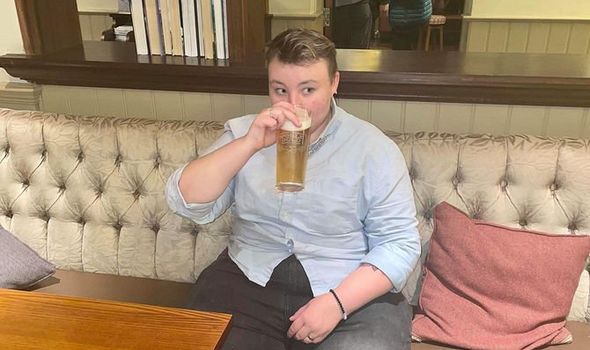 James, who doesn’t want to share his surname, claims he was turned away from Horwich Barber in Bolton, Greater Manchester, on Saturday. The 20-year-old man, who has visited the salon three times previously, was allegedly told by staff they “don’t cut women’s hair” and he left the premises.

But James transitioned around two years ago and was offended at being called a woman.

The chef said: “I felt so bad and ashamed of my body. Due to me being transgender, being called a woman is very hurtful and disrespectful.

“I felt disgusted being treated like I didn’t even matter.

“Since transitioning, things haven’t been the easiest to talk about or anything like that.

“It was shocking as I have been before.”

The barbers told Manchester Evening News James was refused service as they are “only qualified for men’s haircuts”.

I felt so bad and ashamed of my body. Due to me being transgender, being called a woman is very hurtful and disrespectful

However, James, who works at a pub, was upset to have been misgendered.

James, from Bolton, said he had to find a different barbers.

A recent survey found 67% of trans people have avoided being open about their gender identity for fear of a negative reaction from others.

James added: “It would be good to put a highlight on this issue due to there being so many people who are scared to go outside without being judged on what they look like or sound like and scared of being misgendered.”

Horwich Barber is in a residential area just west of central Bolton.

A spokesman for the company said: “I am out of the country in Turkey, but a staff member kindly explained we only have barbers qualified for men’s haircuts.

“We are not qualified to cut long hair.”