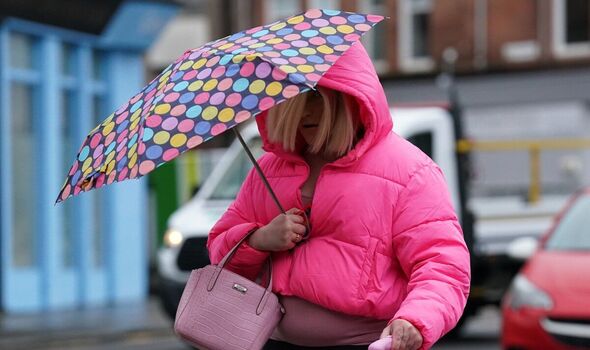 A transgender woman has been found guilty of raping two women when she was a man. Isla Bryson committed the crimes before she transitioned when she was known as Adam Graham. The court heard that Adam Graham was the ‘dead name’ of Bryson who is in the process of starting gender reassignment. Prosecutors say Bryson “preyed” on vulnerable women after meeting the victims online.

Judge Lord Scott told Bryson her crimes are “considerable” and that “a significant sentence is inevitable”.

During the trial the court heard from one of the victims, a 30-year-old woman who cannot be named for legal reasons. She told the court the then Mr Graham was so “muscular” and “strong” she couldn’t push him off.

Bryson denied the charges, telling the High Court in Glasgow she “would never hurt another human being”.

The victim told the court: “I tried. I said ‘no’ multiple times. Just no, there was nothing else I could do. I was scared and did not know what else to do.”

She said he came across as a “loving, caring person, but it “slowly changed”.

Recalling the night of the alleged attack she said she thought the defendant was “coming in for a cuddle” adding that it “felt weird and wrong”.

The witness said that she told Adam Graham “no” multiple times and to stop but he did not. She added: “I tried to push him off and tell him no.”

She continued: “He kept on continuing on with what he was doing. He was having sex with me without my permission.

“At the time I was so scared. Sick to the stomach. I just didn’t know what was going on.”

She said Bryson later threatened her family with harm if she told anyone.

The second victim told the court Bryson continued to have sex with her after she said stop.

The second victim told the court Bryson continued to have sex with her after she said stop.

Giving evidence via live video-link, the 34-year-old said they met on the social media app Bigo, where Bryson was named DJ Blade at the time.

She said they met days after chatting and the day after first meeting in June 2019, they were at her home in Drumchapel watching soaps.

The victim said her pyjama bottoms were removed by Bryson, who performed a sex act which she consented to, but then she asked Bryson to stop.

The court heard Bryson entered the victim with “her penis”, and was told to stop because Bryson was “crushing” the victim.

The victim’s police statement said Bryson instead told her to “stay there” because “he (Bryson) wasn’t finished”.

The victim told the court: “I said to stop but he (Bryson) just kept on going, and that’s when I just closed my eyes and I am doing what he wanted to do.”

In her own evidence, Bryson claimed both women consented to having sex.

She said she knew she was transgender at the age of four but did not make the decision to transition until she was 29, and is currently taking hormones and seeking surgery to complete gender reassignment.

She said in 2016 she was “struggling with my sexuality and having issues emotionally”.

The jury unanimously found Bryson guilty of raping the second victim, with a majority agreeing she raped the first woman.

The court heard Bryson has three “minor” convictions on her record, but none of these required a prison sentence.