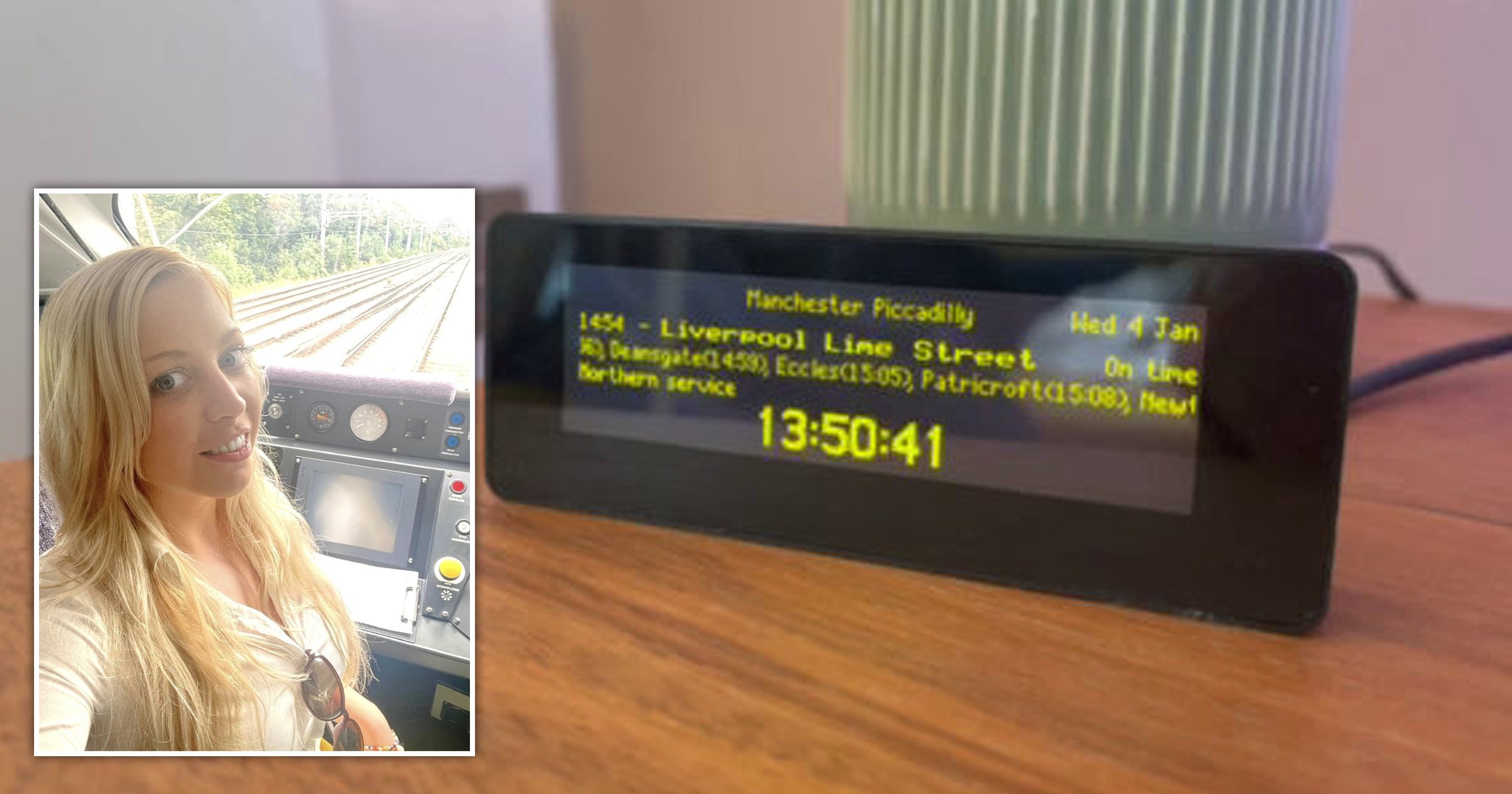 A train lover has been treated to an incredible gift absolutely perfect for any travel enthusiast in your life.

It’s pretty difficult trying to get up for work every morning but one woman now has no excuse after a recent Christmas present.

Daisy Chapman-Chamberlain, 30, was gifted an alarm clock which acts as a live departure board and has built in announcements.

It displays live departure times and real-time data for any UK train, tube, bus or tram journey – including notifications of delays, calling points and announcements.

The transport fan, who goes by the account of @RailwayQueen on Twitter, shared her ‘greatest gift ever’ online.

Viewers could see the live updates showed upcoming services to Liverpool Lime Street and Manchester Airport were on time.

She wrote: ‘Can I just show off the greatest gift ever received???

‘Yes, it’s real-time data, and I can set it to any station – it even does announcements if desired!’

However, she wasn’t able to use it straight away, due to ongoing train strikes: ‘Unfortunately, there was no trains running so I had to wait a few days for it to show some trains.

‘I’ve just accepted a new job which means I’ll have a commute to London – so I’ll set it up for Manchester Piccadilly to London,’ she added.