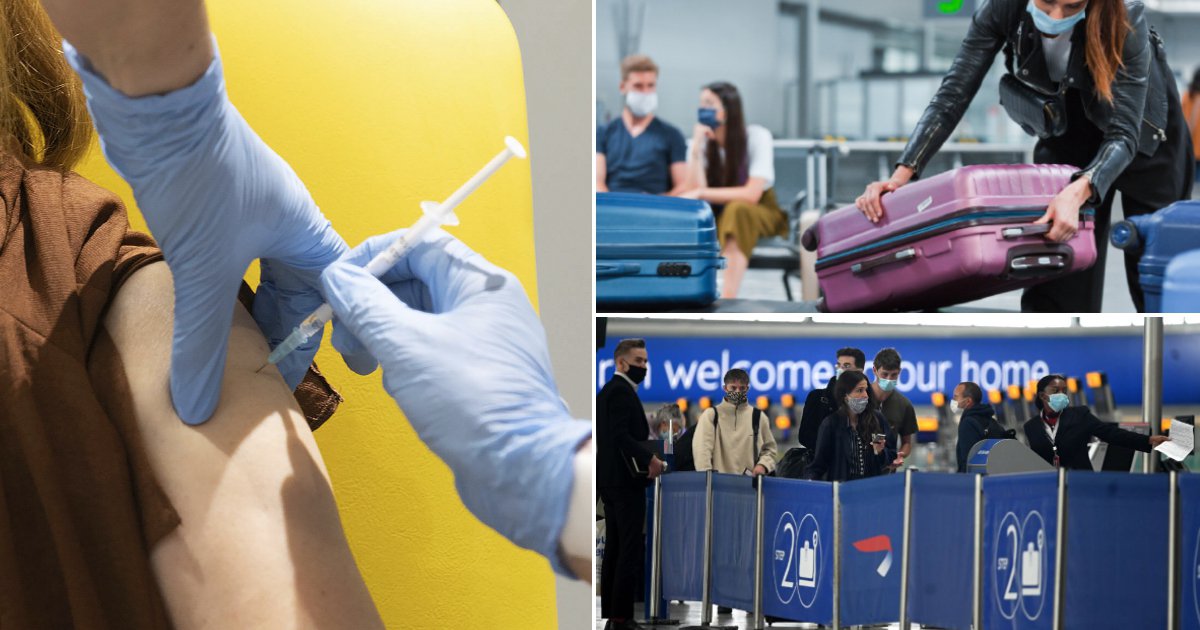 Boris Johnson suggested a travel app may eventually provide a gateway for people who have received both coronavirus jabs to go on holiday – but stressed it is still too early to think about booking.

The Prime Minister said the Government is considering ‘all kinds of apps’ for when the vaccine programme is fully rolled-out.

He confirmed ministers are in talks with the airline industry about an international certification system which could allow travellers to show proof of their inoculation and a recent negative test.

Mr Johnson told the Downing Street briefing that pushing on with the vaccine programme was the key to getting ‘back to normality’, adding: ‘But when we’re in that different world, which I hope will be as soon as possible, then all kinds of apps and all kinds of possibilities will be open to us.’

However, the PM urged people to be ‘a little bit more patient’ when it comes to considering whether they can book summer holidays.

He said: ‘I’m afraid it is just too early for people to be certain about what we will be able to do this summer.

‘We hope to be able to say more in the week of the 22nd. I understand why people want to make plans now but we’re just going to have to be a little bit more patient.’

Transport Secretary Grant Shapps said yesterday that he has been in discussions with overseas counterparts about the possibility of an international certification system for when controls can eventually be eased.

He told BBC Radio 4’s Today programme: ‘I imagine that in the future there will be an international system where countries will want to know that you have been potentially vaccinated or potentially had tests taken before flying.

‘I think the confusion comes in when people talk about domestic passports, which I think is not on the cards.’

The chief executive of the International Air Transport Association (Iata) said the trade body is in talks with the Government about a coronavirus vaccination app for travellers.

Alexandre de Juniac told the BBC’s Newscast podcast it is working with carriers on the TravelPass app, which will give people flying abroad the ability to share their coronavirus test and vaccination results.

He said discussions with the Government have been ‘very fruitful’, adding: ‘We should not anticipate, but the UK authorities are among those with whom we have the closest link on this element.’

He confirmed reports that the app is being trialled by IAG, the parent company of British Airways, as the aviation industry looks to ways of restarting international travel.

Last week, Downing Street said the Government has no ‘current plans’ for coronavirus immunity passports amid reports that British officials have started work on a certification programme.

A No 10 spokesman said: ‘There are still no current plans to roll out vaccine passports. Going on holiday is currently illegal.’

‘One, we don’t know the impact of the vaccines on transmission.

‘Two, it would be discriminatory and I think the right thing to do is to make sure that people come forward to be vaccinated because they want to rather than it be made in some way mandatory through a passport.

‘If other countries obviously require some form of proof, then you can ask your GP because your GP will hold your records and that will then be able to be used as your proof you’ve had the vaccine.

‘But we are not planning to have a passport in the UK.’