The assault by the aggressive passenger happened while holidaymakers waited to board an easyJet flight from Bristol to Alicante.

Somerset and Avon Police later confirmed that the 39-year-old man and 37-year-old woman had been arrested on suspicion of assault and given conditional cautions after interviews.

In the video, the woman appears to be angry with easyJet staff as she’s seen waving her arms and shouting at them.

The man then charges at the cash desk, brutally shoving his partner out the way, as he races towards the two workers.

He lashes out at the airport worker and then attempts to get to grips with another member of staff. 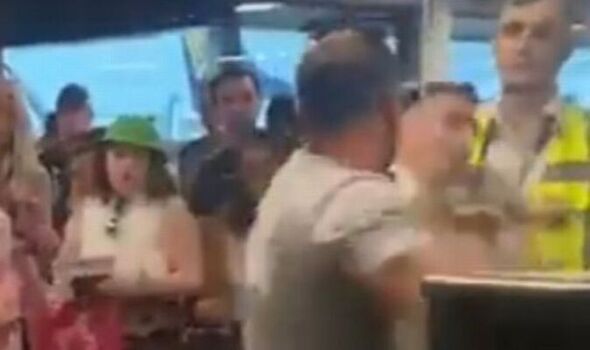 One of the employees quickly manages to call security and a bystander attempts to stop the chaos.

The row between the furious holidaymaker and staff member continues as the man’s partner gets up from the floor and begins pushing the workers.

She repeatedly tells two airport workers to “f**k off” as one tries to hand her bag back o her.

A spokesperson for Avon and Somerset Police told Bristol Live: “At around 9.30pm on Friday 17 June, officers based at Bristol Airport responded to a report that members of security staff had been assaulted after two people were stopped from boarding a flight, due to being intoxicated. 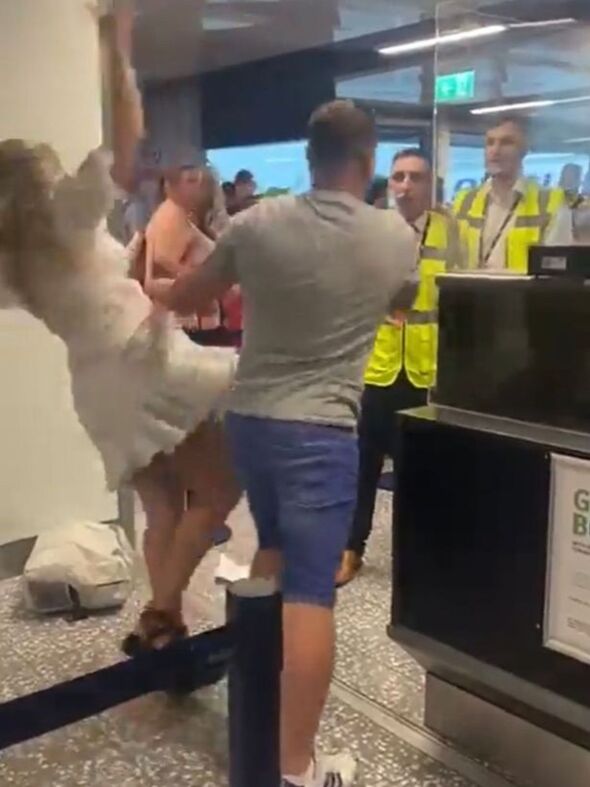 “A 39-year-old man and a 37-year-old woman were arrested on suspicion of assault. They were both interviewed and given conditional cautions.”

Steve Rich, who witnessed the altercation, told the paper: “All of a sudden the passenger just threw a fist over one of the guy’s shoulders, and just caught the security guard on the mouth.”

It comes as holidaymakers face long delays and queues, caused by airlines letting many workers go during the pandemic while flights were grounded. 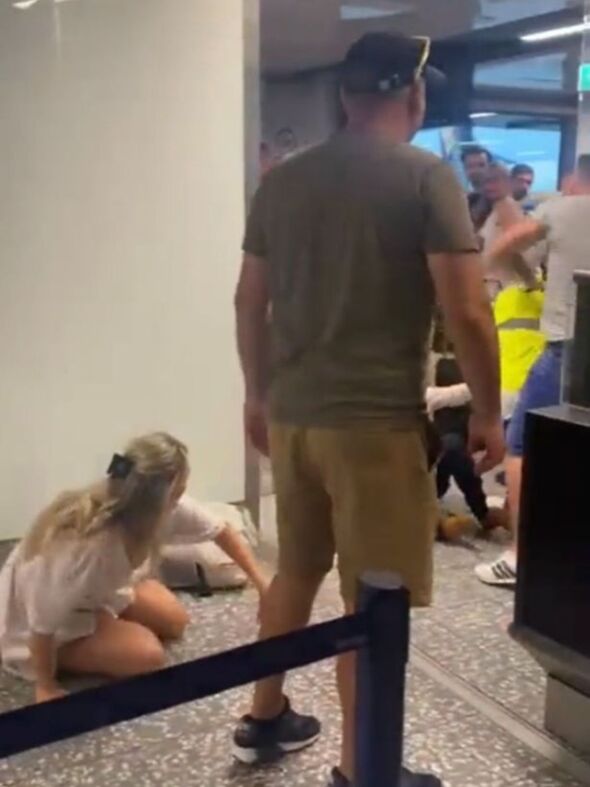 A rise in abuse towards staff by frustrated passengers has been reported by some airport workers.

A recent poll showed that two-thirds of aviation workers say they have experienced abuse that has had a detrimental impact on their mental health. Workers have also described being spat at and suffering homophobic abuse from frustrated travellers during this time, Wales Online reported.

However, it’s not known what caused the recent scuffle at Bristol Airport.

“Whilst such incidents are rare, we take them very seriously and will fully support any police investigation.”