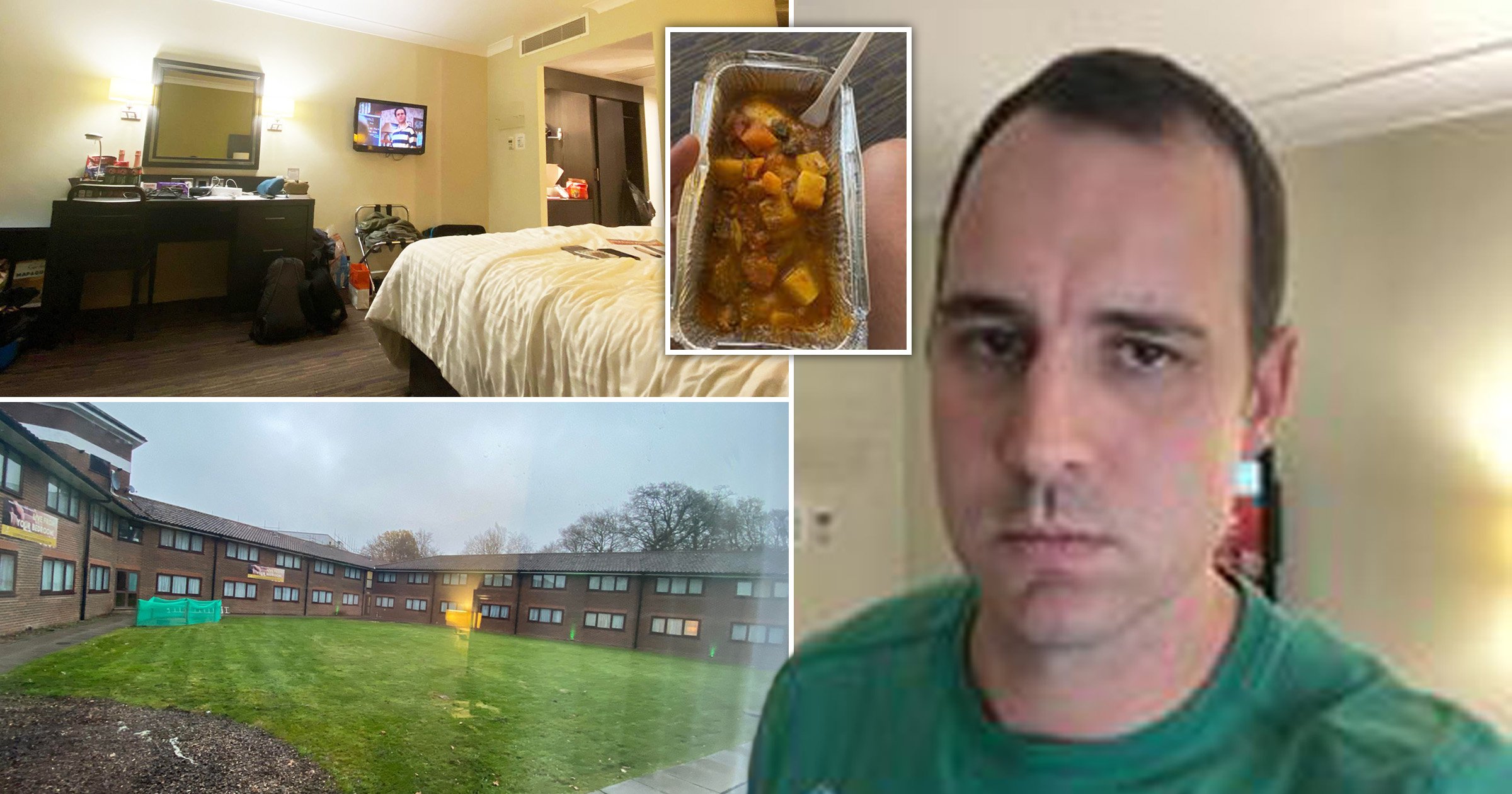 A traveller caught in queues at Heathrow after a flight from South Africa has hit out at quarantine arrangements intended to prevent the spread of the Omicron variant in the UK.

Paul Hanson, 32, says he and his partner were forced to wait for hours, had their passports and phones handled by multiple staff and were taken to a hotel 45 miles away near Gatwick.

Mr Hanson also described being ‘crammed shoulder-to-shoulder’ with other passengers in a transfer to the terminal during six hours between landing and reaching the Holiday Inn.

The physiotherapist and his partner, Julie, who are double-jabbed and have had negative PCR tests, flew in from Johannesburg on British Airways, arriving on Wednesday. Mr Hanson, from Stafford, estimated they were on a flight of between 200 and 300 people who were processed at Terminal 5.

He said: ‘When we landed they crammed us all onto one small bus to the terminal, it was shoulder-to-shoulder, then we queued at passport control for two hours, where they looked at everyone’s passenger locator forms and hotel bookings. Then we got to the coaches which took passengers to the hotels, which was another hour to two hours’ wait.

‘When we got to the hotels they dropped one person off at a time and it took ten to fifteen minutes per person.

‘It was pretty disgraceful because nothing was organised, staff were handling our passports and phones at Heathrow without gloves or sanitation, they were giving yours back and handling the next person’s.

‘It also happened at the coach, where the driver was not wearing a mask, and at the hotel.

‘We landed at about eight o’clock and we got into our hotel bedroom at about two in the morning. With the vaccines and the testing we had in place, it would have been safer to have gone straight home.’

South Africa was added to the red list at midday on Friday, November 26.

Travellers who are British or Irish nationals, or have residence rights in the UK, can still enter the country but must undertake the managed, 10-day hotel quarantine period. The price for one adult is £2,285.

Mr Hanson, who was on a two-week safari break with his partner, said he was taken to the hotel in Worth, West Sussex, while other passengers were taken as far away as Milton Keynes.

‘It’s just ridiculous,’ he said. ‘We’ve been taken to Worth instead of at least being taken to a hotel near Heathrow or near home where my family could have dropped off warm clothes as the room is cold.

‘For some reason the thermostat doesn’t go up. When you ring up reception they manually override it and then it resets so it goes cold again, and then you have to phone up again and so on. We have to wear long trousers, socks and hoodies just to stay warm in the room.’

The travel restrictions were reimposed to guard against the spread of the Omicron Covid variant, which was first identified in South Africa.

Nine other countries on the continent, including Botswana, Malawi and Zimbabwe, have also been added to the red list.

Reports have also surfaced that there are not currently enough managed hotel rooms to accommodate returning travellers.

The Department of Health and Social Care has said it is ‘rapidly expanding hotel capacity in light of 10 countries being added to the red list’.