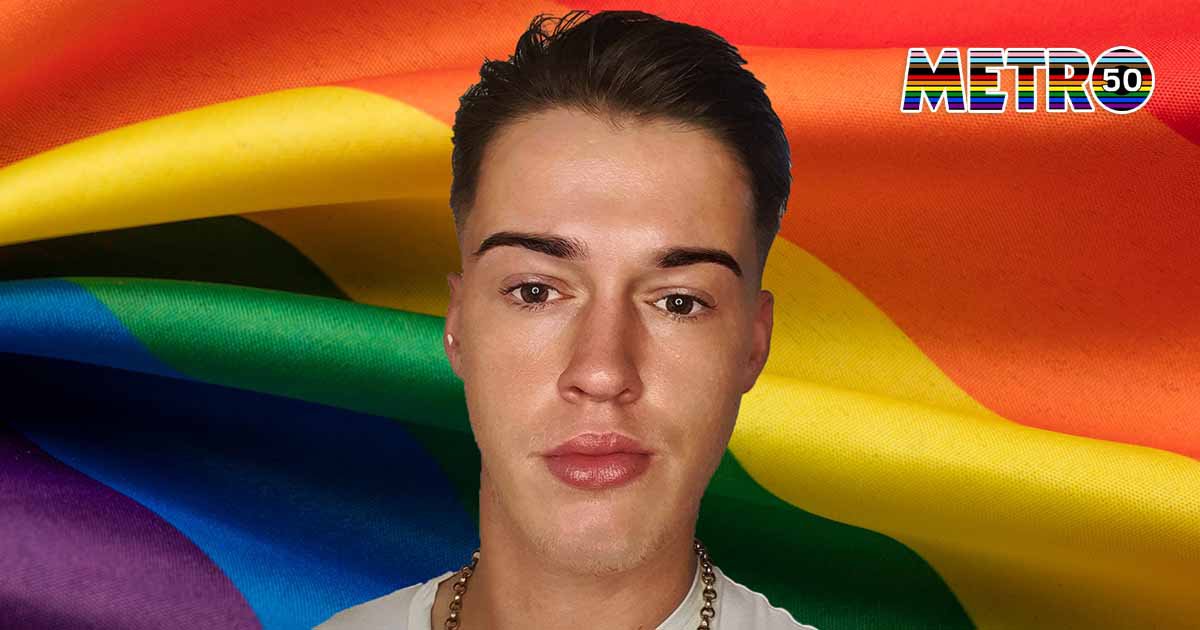 Aged just 18, James Lawrence was terrified of making a decision that would alter his life forever.

As an Irish Traveller, societal norms dictated that he should marry a woman and start a family – which would mean hiding his true self.

But coming out as gay, still considered taboo among some Traveller groups, would potentially lead to him being shunned by his friends and loved ones.

‘I was very depressed,’ he told Metro.co.uk.

‘Getting married works for a lot of people. My sister was married at 16 and she and her husband are still very happy and going strong.

‘But it’s not for everyone.

‘When I was 18 I felt enormous pressure to get into a relationship with a woman and get married. But I knew I couldn’t do that, I would be hiding my true self.

‘I felt suicidal and so scared of what to do.

‘But I’d already seen my parents mourn losing a child after my older brother died, so I couldn’t do that to them.’

The Samaritans are here for you

When life is difficult, Samaritans are here – day or night, 365 days a year. You can call them for free on 116 123, email them at [email protected], or visit samaritans.org to find your nearest branch.

James texted his mum to reveal he was gay, before turning off his phone and running away from home for two days.

When he switched his mobile back on, he breathed a sigh of relief when he saw his mum didn’t care about his sexuality, but was simply worried about where he was.

James, now 24, later came out to the rest of his family on his personal Facebook page, and was ‘astonished’ at the positive reaction.

‘I got a lot of encouraging comments from other Travellers saying things like “fair play” which was really nice to see,’ he said.

It wasn’t until James joined Tiktok that his sexual orientation became a problem to others in his community.

He’s been branded a ‘disgrace to the Traveller community’ by those outraged by his decision to go against tradition.

The 24-year-old faces a slew of online ‘trolls’ in the comment sections of many of his videos.

He said: ‘I’ve been told I bring shame to the Traveller community. There’s been horrible things, one person said I should have acid thrown at my face.

‘People have told me I should kill myself. You don’t know who these people are, they post things they would never say to your face.’

While attitudes to LGBTQ+ people from Gypsy, Roma and Traveller (GRT) backgrounds are changing, they still face a lack of respect among some communities.

Cherry Valentine, a drag queen who starred on Ru Paul’s Drag Race, grew up as part of a Romany Traveller community in Darlington.

The 28-year-old was forced to leave her community aged 18 due to backlash received about being gay.

Rather than face a similar fate, many Travellers instead choose to hide their true selves and lean into societal norms.

Doing so leads to a range of mental health problems.

Around 11% of Traveller deaths are from suicide, six times the national rate, and seven times that for men in the settled community.

James, who lives in Bristol, fears a proportion of these will be people hiding their true identity.

He hopes his online platform can encourage others to gain the confidence to come out.

The 24-year-old uses his TikTok account to address hateful comments head on.

‘I do choose to respond to hate instead of ignore it’, he said.

‘Once you highlight these issues that LGBTQ+ people face, you do get a lot of empathy.

‘It opens people’s eyes and makes them have real insight to what it actually is like within the Traveller community and being gay.’

Despite Irish Travellers gaining ethnic minority status in Ireland in 2017, and the UK in 2000, they still face discrimination and misconceptions are still prevalent.

James said: ‘Lots of people have stereotypes of what they think a Traveller is but they haven’t actually met one.

‘I used to work in a warehouse and the manager used to joke about me being a Traveller and used slurs like p****.

‘It made me really uncomfortable. And really, a lot of Travellers don’t always mix because they are scared of discrimination.

‘There are so many beautiful, diverse, well-mannered people in the community.

‘By sharing my story, hopefully more people will see that we are just normal people.’

You can watch James’s videos here.

And we’ve got some great names on board to help us, too. From a list of famous guest editors taking over the site for a week that includes Rob Rinder, Nicola Adams, Peter Tatchell, Kimberly Hart-Simpson, John Whaite, Anna Richardson and Dr Ranj, we’ll also have the likes Sir Ian McKellen and Drag Race stars The Vivienne, Lawrence Chaney and Tia Kofi offering their insights.