UK 'in talks' with countries over international travel says Shapps

From Monday, people travelling internationally from England will need to fill in and carry a “declaration to travel” document downloaded from the Government’s website. The form can be printed off or stored electronically on a mobile phone. International travel from England is only permitted for limited reasons, such as work, volunteering, education, medical grounds and funerals.

The three-page form requires people to fill in their personal details and tick a box indicating why they are leaving the country.

Police, who have been stepping up patrols at ports and airports in recent weeks, will have the power to ask travellers to produce the completed form.

Individuals unable to do so could face a £200 fine.

Anyone found to be attempting to travel internationally without a valid reason will be asked to return home and could receive a fixed-penalty notice for breaking stay-at-home rules, which start at £200 and double for each incident – up to a maximum of £6,400.

Foreign holidays for people in England will not be permitted before May 17 under Boris Johnson’s roadmap for easing lockdown restrictions.

However, some countries are already gearing up for a return of the holiday season.

The Seychelles says it is set to welcome back Britons without proof of a coronavirus vaccination or quarantine restrictions.

The small island nation off the east coast of Africa is looking to reopen its borders from March 25 – although Britons will have to wait. 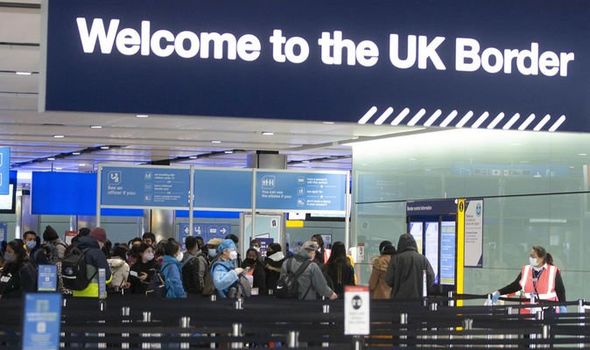 Sylvestre Radegonde, the Seychelles’ minister for foreign affairs and tourism, said: “The measures being announced reflect broadly the recommendation of our tourism partners and have been done in consultation with, and endorsement of, our health authorities.”

Cyprus has already confirmed it will welcome Britons from May 1 if they are fully vaccinated, including having their second jab at least seven days before travel.

Express travel editor Nigel Thompson said: “We are regarded by many countries as premium, highly-desirable travellers as we head abroad in our tens of millions and contribute hugely to vital tourism industries.

“So, given the brilliant and enviable success of our Covid vaccination programme, it’s no great surprise that the ever-friendly folk in Cyprus are ready to roll out the welcome mat to jabbed visitors.

“We can expect Greece to follow suit soon, with the likes of Spain, Turkey, Portugal and Israel also working hard to get their protocols in place.”

Portugal hopes to be able to welcome UK visitors from May 17, the country’s tourism minister Rita Marques said yesterday. 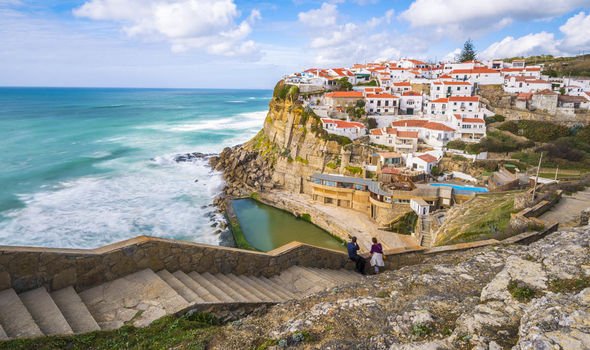 She added: “For now, non-essential travel needs to be restricted.

“But I do believe that Portugal will soon allow restriction-free travel, not only for vaccinated people but those who are immune or who test negative.”

Nigel believes it will be three months before Britons can travel again.

He said: “The UK’s stunning jabs rollout is the key to Britons jetting away to selected European destinations, and I believe the PM’s roadmap travel restart will most likely commence from mid-June onwards.

“Tourist destinations want (and need) us this summer and will move heaven, earth and a swimming pool of hand sanitiser to welcome us safely – and, of course, public safety while travelling and in resorts is absolutely paramount.”

Travel companies have warned against rolling out the same “travel corridor” policy that was in place last summer ahead of travel starting again this year. 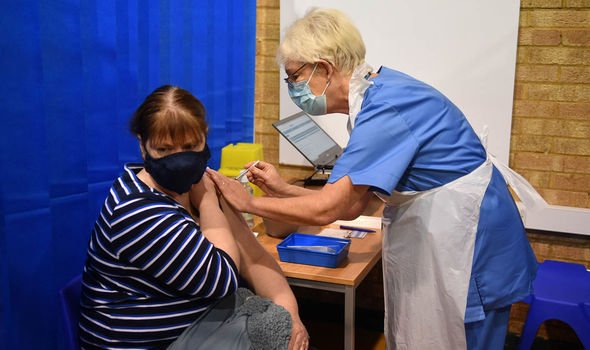 Wider testing of passengers is being favoured instead by 91 percent of the firms, in a poll from the travel campaign group Save Our Summer.

It also found that 79 percent said testing should replace other moves being touted.

Firms also wanted to see the end of hotel quarantine after May 17 – the same day that the Government is looking to kickstart overseas travel.

And a total of 85 percent backed the use of digital certificates for single journeys as proof travellers had been given the Covid-19 jab.

Paul Charles, chief executive of travel consultancy The PC Agency and co-founder of Save Our Summer, said: “Opinion is sharply against the reintroduction of travel corridors, which caused so much financial pain to business and leisure travellers last summer.

“Firms across the travel and tourism sector are united in calling for the Government to introduce widespread testing for arrivals instead, even if it means extra costs.

“This would enable travel to seamlessly start up safely and responsibly, in the same way schools are doing.”

Henry Morley, chief executive of True Travel and co-founder of Save Our Summer, added: “The burst in inquiries following the Government’s roadmap announcement on February 22 was short-lived.

“No matter how flexible our booking policies, consumers need real clarity in order to commit.”

Vaccines are paving the way out of the pandemic as hospital admissions fall faster and deaths are down 41 per cent in a week, Matt Hancock declared.

The Health Secretary said yesterday: “What this all shows is that the link from cases to hospitalisations and then to deaths that had been unbreakable before the vaccine is now breaking.

“The vaccine is protecting the NHS and saving lives right across the country. The country’s plan is working.”

More than 21 million have had a first Covid jab and Mr Hancock said the average number of daily admissions was the lowest since October. 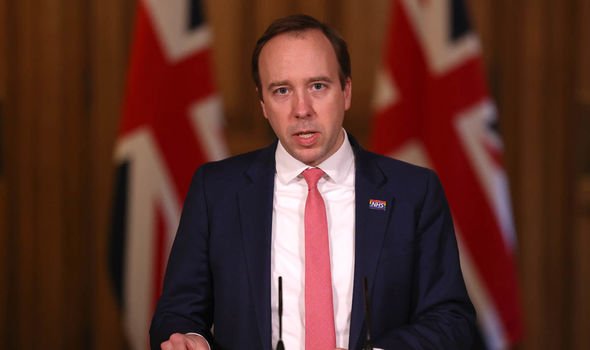 He said deaths were “declining steeply” with an average of 248 reported a day, also the lowest since October.

Mr Hancock added: “The Chief Medical Officer told us weeks ago that you first see the effect of the vaccine in fewer people dying and then in reduced hospitalisations. I believe that is exactly what is happening.”

He highlighted a Bristol University study which found a single dose of vaccine offered 80 percent protection against hospital admission for over-80s from two weeks after the jab.

Mr Hancock said this was “hard evidence” that vaccines work.

The latest Office for National Statistics figures show the number of people with Covid has dropped by a third in a week.