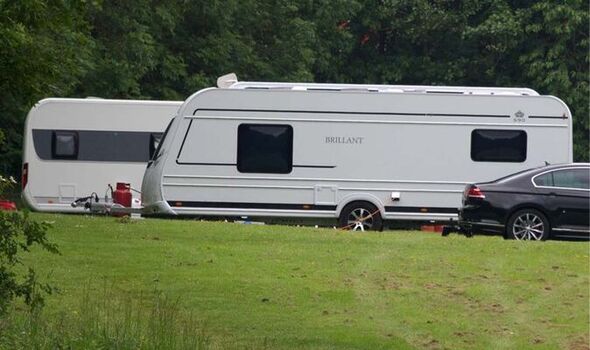 Around six caravans made their way on to the Grumbles field, in Chesterton, on Monday, June 6. Witnesses reported they moved onto the field, by the Esso petrol station.

According to Stoke-on-Trent Live, one witness reported: “[Travellers] arrived on the Grumbles field by the A34 in Chesterton last night. It is by the Esso petrol station on the opposite side to McDonald’s. The Grumbles is the small green opposite the golf course. Apparently they broke the barriers down and threatened neighbours.”

If the land is council owned, the council can issue a Notice to Quit. A Notice to Quit gives a group 48 hours to vacate the area.

If the group fails to do so, the council has authority to escalate proceedings and apply through the court to have the groups removed. If it is not council owned, it will be down to the landowner to take action.

Newcastle Borough Council say an official notice to leave the land has been issued to the group and they are now looking to secure a court date.

Yesterday, a spokeswoman said: “This morning (June 7), at 10.15am, an official notice to leave the land was issued to the group. A welfare assessment was also carried out. We are now looking to secure a court date.”

“The report was made just before 9pm (June 6). We are working closely with our partners, including the local authority, to reassure local residents.”

Anyone with concerns should call Staffordshire Police on 101.

An unauthorised encampment means parking up and living in a caravan in a place where you don’t have legal permission to do so.

Travellers may have a defence if they are able to show they couldn’t move on due to illness, mechanical breakdown or another emergency.

Some councils provide authorised transit sites. If Travellers get a pitch on a transit site, they can stay there in their mobile homes for up to three months.

The council can end your right to stay on the site without a court order by giving you 4 weeks’ written notice. They don’t need to give a reason.