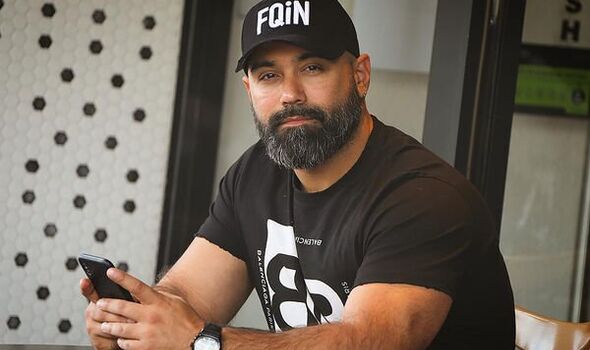 Tributes have been paid to a celebrity DJ found dead in woods after being kidnapped with his girlfriend.

Koray Alpergin, 43, from Enfield, North London, was snatched and bundled into a van with his partner after they returned from a night out on Thursday (October 13).

Friends and family of the 43-year-old founder of London-based Turkish-language radio channels Bizim FM and Kral FM have claimed that Koray was found with a gunshot wound to the head, My London reports.

His girlfriend was found alive and unharmed, she is now getting specialist police support.

Three men have been arrested.

Police are yet to formally identify the body found in woodland near an industrial estate in Loughton, Essex, at the weekend but detectives believe it to be the missing DJ.

On Koray’s Instagram page he has posted a number of shots with famous celebrities including footballers, singers and chefs.

Nedret Husseyin, an international singer and songwriter from Hackney who worked closely with Koray, told MyLondon she “owed him everything” for helping her launch her career.

The artist, who goes by the stage name of Trublue, said: “I met Koray over three years ago.

“We were introduced to each other by a very good friend, one who had known him for at least 20 years, who highly recommended me to Koray to guide me in the right direction to release my first ever single.

“Right from the very beginning, myself and Koray became very close as friends. We would speak on a regular basis. He would guide me and mentor me, sharing all of his contacts and doing everything within his power to help me to have my songs played on rotation on all of the Turkish stations.

“Koray had promised my friend that he would look after me and that he would never mess me around and help me to get to where I need to, that was a promise he always kept.”

She added: “Koray was a family man, a very loyal friend, someone that you could always rely on that would always help others selflessly.

“He was a public pillar in the Turkish community, loved and adored by everyone and there weren’t many people that didn’t know who he was.”

Ferah Mehmet, another friend of Koray’s, described him as “very lively, energetic, bubbly, full of life, very motivated and determined and very quick-witted and smart”.

She added: “He will be sadly missed. He was loved by many. He had a big heart, always kind and funny.”

Ayhan Korel, who also worked as a radio host and knew Koray personally, said: “He would always check in to see how I was doing and was always respectful. He was always kind and a true gentleman – even when speaking he was always careful not to form his sentences incorrectly.”

Police are yet to formally identify Koray as the man found dead in Loughton, but Met Police detectives believe the person found in Loughton, Essex, to be the missing Enfield man.

Detective Chief Inspector Kate Kieran, of the Met’s Specialist Crime Command described the case as a “very complex and fast-moving investigation involving multiple units across the MPS” and that the investigation “remains at an early stage”.

Chief Superintendent Caroline Haines, the lead for policing in Enfield, said: “We understand the considerable concern this will evoke among local people.

“We are working to support our colleagues in Specialist Crime and will remain visibly present in the Ebony Crescent area as further enquiries are conducted.

“I urge local people to approach these officers with any concerns you have, and especially information that can help us. Support from the local community is invaluable in our effort to tackle violent crime.”