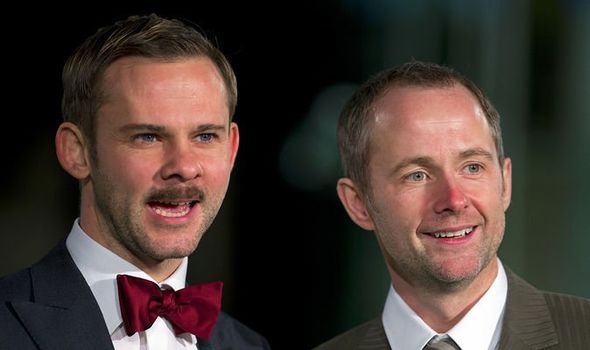 Billy Boyd and Dominic Monaghan, who play Pippin and Merry in the famous series, are hosts of a weekly podcast called The Friendship Onion.

One of the many regular features on the podcast, there is a chance for listeners to send in their riddles for the hosts to solve. This is a homage to Riddles in the Dark – a famous chapter of The Hobbit.

During the feature, many listeners have begun to send in some very tricky riddles.

On this week’s episode, one listener called Bretta, from Melrose, Massachusetts, shared the one about the dead man and 53 bicycles and it left the pair racking their brains.

The riddle was simply – a detective encounters the body of a deceased person covered by 53 bicycles. Why?

The trio began with focusing on the ‘bikes’. They assumed at first that the person must have been a cyclist or that the situation was a bike race – which had gone wrong. Michael Rosenbaum even asks the producer – who knows the answer – whether it is the Tour de France.

Michael Rosenbaum even asks the producer – whether it is the Tour de France. The producer knows the answer.

Monaghan makes the point that they should assume that if he is a cyclist, then of the 53 bicycles one would be his own and the remaining 52 would belong to others.’. After hearing this, they ask the producer if he is a cyclist and he replies ‘no’.

Following this, and still baffled, the attention shifts to the number 53 – when the producer says this number is important to the riddle. Monaghan then asks whether 106 (53×2) is relevant. This thought is given how many wheels there would be.

Rosenbaum then follows by asking if the person was thrown off a building. The producer replies to this with: “No, well, it’s possible…”.

There is then a breakthrough when Rosenbaum pipes up by saying: “Bridge!”. To this the producer says he is getting warmer… before saying he is getting colder once he elaborates that he thinks the person was on a collapsing bridge.

Boyd suggests that it has something to do with 52 weeks of the year – but this is quickly dismissed.

A hint is then offered by the producer who says ‘bicycle’ is relevant – suggesting ‘think beyond a bike’.

A lot of suggestions are passed back and forth between them following this. The theories range from flying bicycles to tattoos, before the producer gives two clues – ‘Walgreens’ and ‘Vegas’ – saying you can find these in both places.

Walgreens is a pharmacy in the US and sells random items from toiletries and medicine – similar to Boots in the UK.

These clues spark up a discussion of suggestions with Rosenbaum getting close with his ‘52 card pick up’ comment.

Rosenbaum says: “The Bicycle deck of cards are lying on top of him – he died of gambling or something…He died because he lost a bet.”

After the producer says there’s a piece of evidence they are missing, Monaghan says: “There are 52 cards in a deck.”

This is the final piece of the puzzle that they needed – Rosenbaum finally says: “He cheated!”

And that’s the answer. A person was found dead with 53 cards – they were killed after it was found that they had an extra card and were cheating at the game.

And if you’re confused by where Bicycle comes into the scenario – so was Boyd.

Bicycle is a popular brand of playing cards.