Police have appealed for calm after a night of “serious disorder” in Leicester, with two people arrested after an “unplanned protest”. Pictures showed hundreds of men on the streets and dozens of police forming a human barrier last night, with Temporary Chief Constable Rob Nixon saying his officers were “taking control” of the situation.

The disturbances are the latest of several in the city following a cricket match between India and Pakistan on August 28.

A dispersal order was put in place until 6am, permitting police to stop and search anyone if they suspected serious violence might take place.

They were also empowered to order anyone away from a specific location and not to return for 48 hours, or return anyone under 16 to their home.

In a video shared on Twitter, Mr Nixon said: “We’ve had numerous reports of an outbreak of disorder in parts of the East Leicester area of the city.

“We have got officers there, we are taking control of that situation, there are additional officers that are en route, and dispersal powers and stop and search powers have been authorised. Please do not get involved, we are calling for calm.” 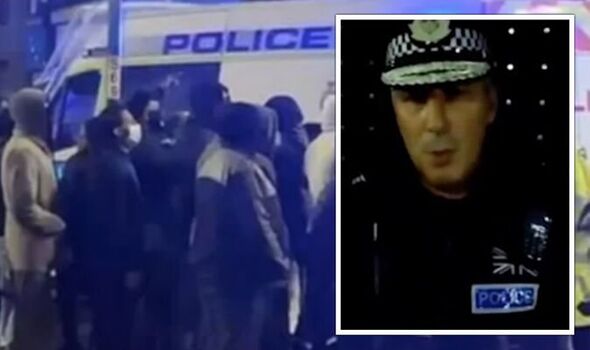 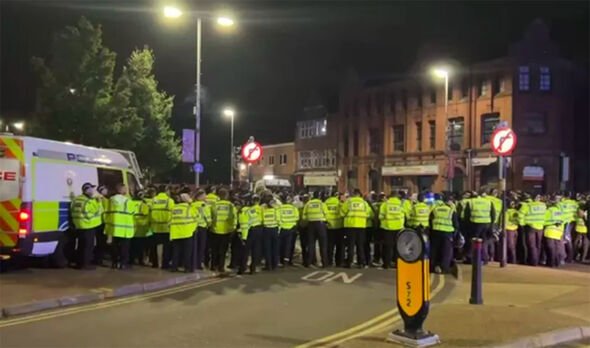 A statement subsequently issued by Leicestershire Police said parts of East Leicester had been the scene of “serious disorder” yesterday evening and in the early hours of today when large crowds gathered after groups of young men began an “unplanned protest”.

It added: “We had additional officers in the area who became aware of a large group of men travelling towards Green Lane Road, Leicester.

“Officers attempted to engage with the group and remain with them whilst additional officers were called in. They sought to keep actions lawful but, regrettably, the situation led to disorder.”

Consequently police arrived “in large numbers” in a bid to contain the situation, the statement explained.

It continued: “Dispersal and stop and search powers were authorised to assist officers in restoring calm to the area. Under Section 60 stop search powers, a large number of people were searched.” 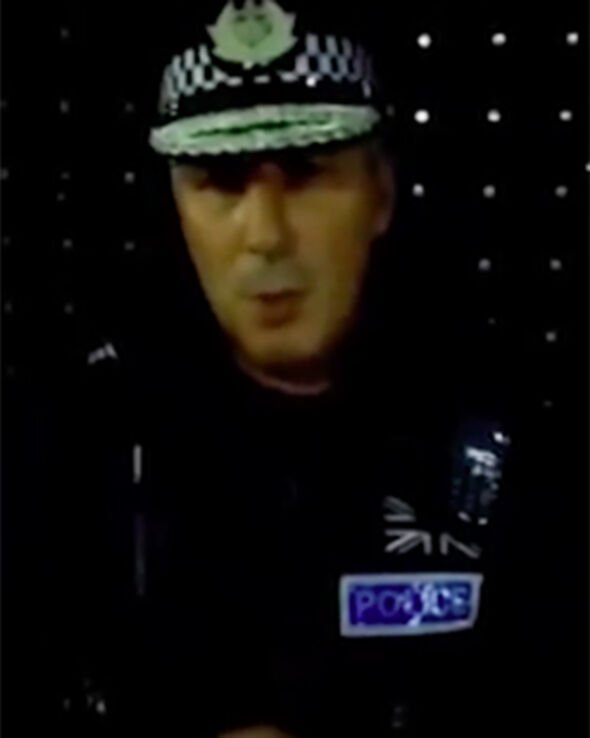 Meanwhile several incidents of violence and damage have been reported to police are being investigated.

The police statement explained: “We are aware of a video circulating showing a man pulling down a flag outside a religious building on Melton Road, Leicester.

This appears to have taken place while police officers were dealing with public disorder in the area. The incident will be investigated.”

As a result, two men were arrested, one for suspicion of conspiracy to commit violent disorder and another on suspicion of possession of a bladed article. Both remain in police custody. 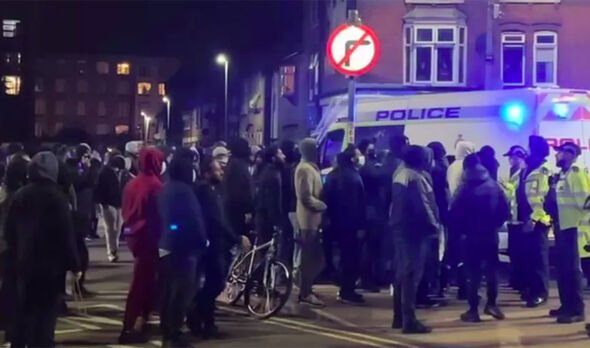 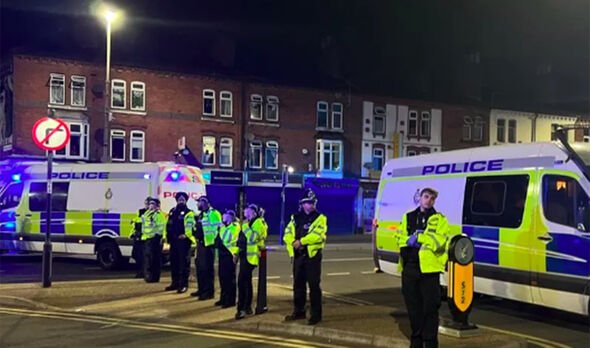 Leicestershire Police concluded: “We are continuing to call for dialogue and calm with support from local community leaders.

“We will not tolerate violence or disorder in our city. A significant police operation will remain in the area in the coming days.”

Claudia Webbe the former Labour MP for Leicester East, who now sits as an independent, yesterday tweeted: “Like many Leicester East residents, I am concerned by ongoing reports of ‘hate-filled clashes’, including those which emerged today in Leicester.

“It is vital that we work together to share the message of tolerance so that we can bring our communities together.” 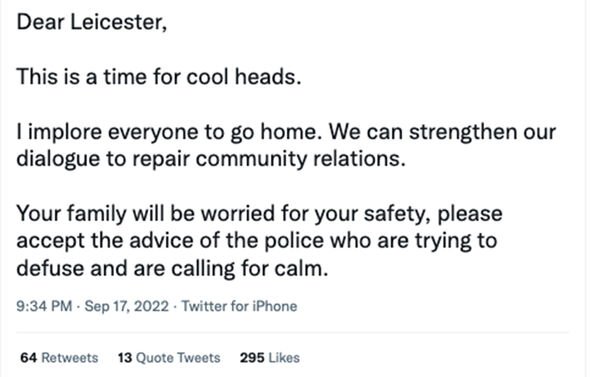 An hour and a half later, she added: “Dear Leicester, This is a time for cool heads. I implore everyone to go home. We can strengthen our dialogue to repair community relations.

“Your family will be worried for your safety, please accept the advice of the police who are trying to defuse and are calling for calm.”

Prior to the events of Saturday, a total of 27 people had been arrested in Leicester in relation to disturbance on a total of seven different dates since August 28.

One eyewitness told the BBC she had seen people wearing balaclavas or with masks over their faces, and with hoods pulled up. 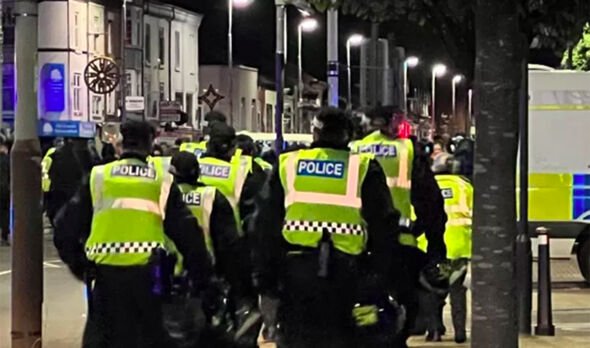 Another added: “The whole situation seemed really out of control,” she said.

“The police were there but it didn’t seem like they had a great handle on things.

“People were still feeling very scared, unsure and uncertain, and with everything else that’s gone on recently, there’s also a lot of tension building up in the few weeks that we’ve had this happen and unfold.”