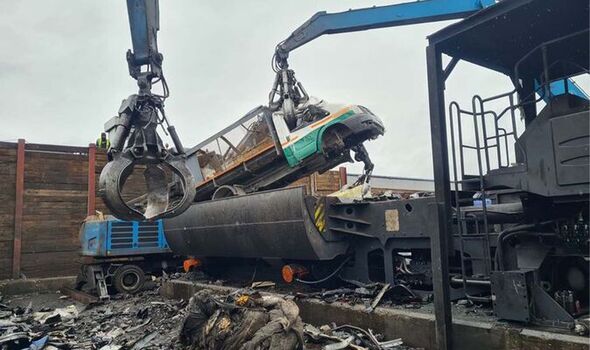 The vehicle was traced back to 42-year-old Patrick Ward, who dumped the waste outside Newfield Primary School in Harlesden, while pupils were in class in November 2020, according to My London. Brent Council officers said that the truck’s number plate had been noted down by local residents and they were able to link the incident back to its owner. Ward, of Middle Ground, Wheatley, Oxford, is a licensed waste carrier, prompting the council to suggest that he “should have known better”.

Following the investigation, he was sentenced to carry out community service and pay almost £2,600 in fees. The vehicle – a Ford tipper truck – was seized and crushed.

Cllr Krupa Sheth, lead councillor for the environment, infrastructure and climate action at Brent Council, said: “Illegal rubbish dumping is a blight on our neighbourhoods and will not be tolerated. We will pursue and enforce people who think it is acceptable to dump rubbish on our streets.

“Thank you to the officers involved in this case for doing everything in their power and following every lead to bring the culprit to justice. Our streets are better off for it.”

Cllr Sheth has previously stressed that everyone in Brent must take responsibility for their own rubbish and that there is “no excuse” for fly-tipping.

Fly-tipping is the illegal dumping of liquid or solid waste on land or in water. The waste is usually dumped to avoid disposal costs.

In a bid to help, the council has introduced a series of schemes to address the issue of rubbish dumping, including offering a free bulky waste disposal service through temporary ‘community skips’ dotted around the borough.

However, according to the latest government statistics for fly-tipping, there were a whopping 33,467 incidents reported in Brent in 2020/21. This was the second-highest figure in London, behind Camden, and was thousands more than any of its other neighbouring boroughs. Just 4,229 of these reports were acted upon in terms of enforcement – around 13 per cent.

According to National Fly-Tipping Prevention Group, if someone dumps rubbish on your private property then you are responsible for clearing it. Report the incident to your local authority or the Environment Agency. Although they have no obligation to remove the waste, they may be able to provide guidance on the best way to deal with the removal of the waste.

You should also check that any contractor employed to remove the waste is a registered waste carrier. You can do this by calling the general enquires Environment Agency number on 08708 506506.

It is also worth knowing that if you keep detailed records of your disposal costs, they may be recovered if a prosecution is successful.