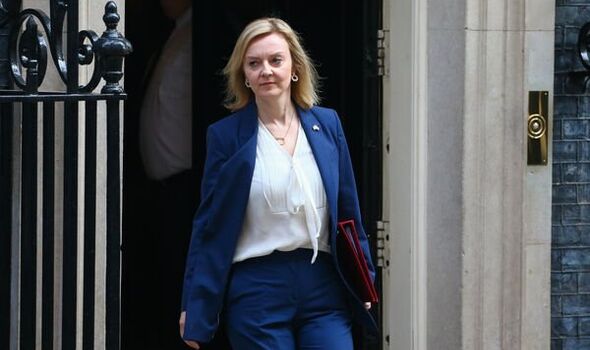 The Foreign Secretary told her Indian counterpart Subrahmanyam Jaishankar it was vital that democracies worked together to deter aggressors. However, she said India was a sovereign nation, and the UK would not tell other countries what to do.

Her visit coincided with Russia’s Sergei Lavrov who was in India to try to bolster backing for the Putin regime.

India, which is heavily reliant on Moscow for arms imports, has so far refused to join in western efforts to exert political and economic pressure on the Kremlin.
It abstained in a series of votes in the United Nations on the issue.

Appearing alongside Dr Jaishankar at an event in Delhi, Ms Truss said the war in Ukraine had also underlined the need for “like-minded nations” to co-operate more closely on defence, trade, and energy and food security.

And the Foreign Secretary said she was confident a free trade deal between the UK and India could be completed “pretty rapidly”.

“There is an opportunity there for us to work closely with India including Indian production of key pieces of defence equipment, that ensure greater security but also share the technology and IP (intellectual property) and technology transfer,” she said.”

“These are all areas where, to be frank, we have not done enough in the past, I don’t think we have operated to our maximum potential and a strong India and a strong UK and a strong partnership between India and the UK is not just good for us, it’s good for the world because I think the things we do are positive and make a positive contribution.”

Ms Truss and Lavrov, who clashed in a confrontation in Moscow before the war, are not meeting during their parallel trips.

During her trip, Ms Truss will also confirm £70million of UK investment in the development of renewable energy in India, one of the world’s biggest users of hydrocarbons.

She will announce a joint cyber-security programme aimed at protecting online infrastructure in both countries from attacks.