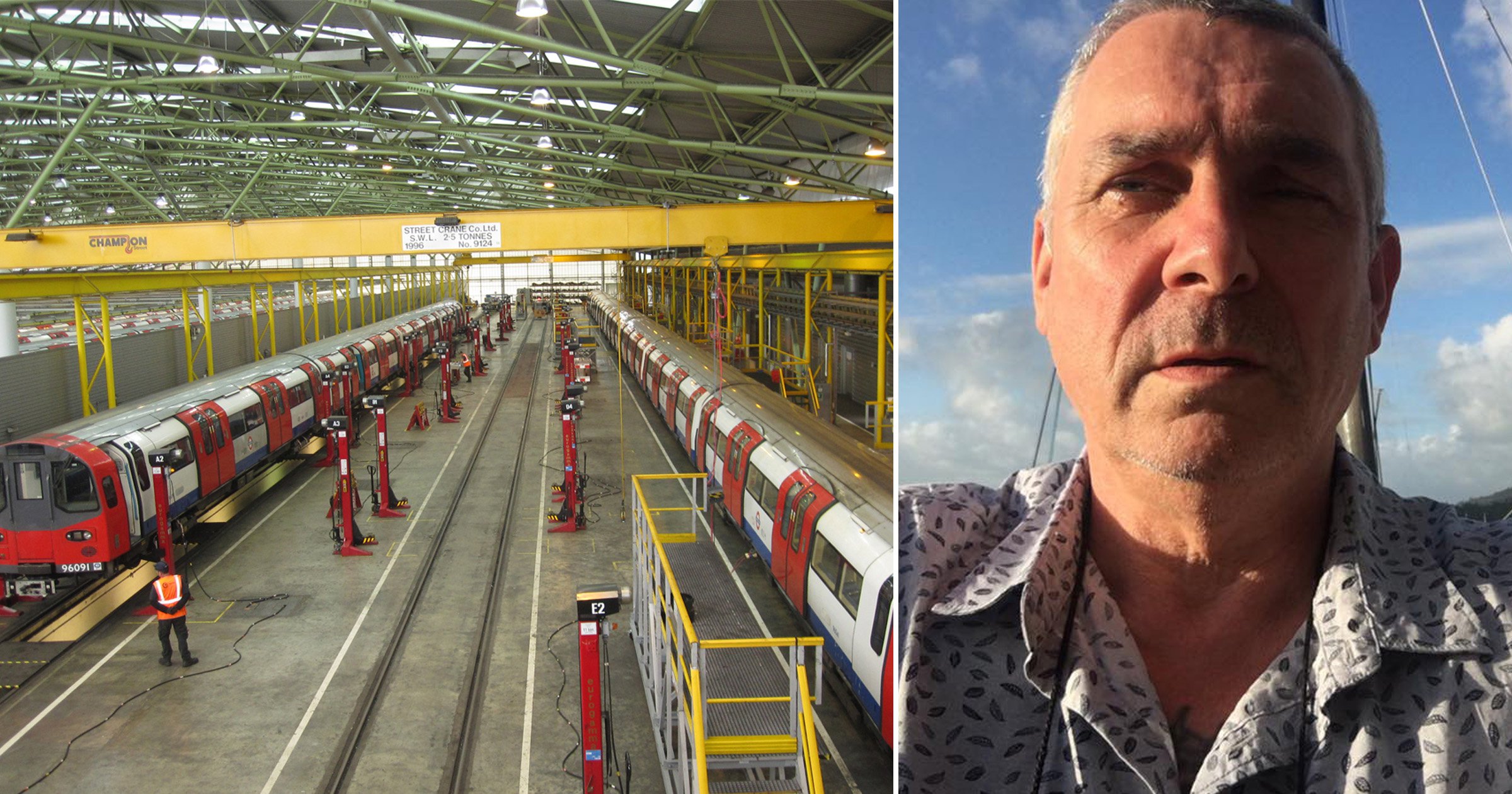 A tube driver is suing the London Underground after damaging his brain banging his head at work.

Sean Matthews, 62, is taking the transport body to court for up to £1 million in compensation. He claims they are liable for his injury, which happened on February 26, 2019.

Mr Matthews says he was thrown out of a rotating turnstile at a train depot which led to him hitting his head on metal steps.

But Underground bosses have denied liability, and blame the tube driver for ‘not taking enough care’ exiting the station.

Mr Matthews says he suffers from brain damage, and is prone to rude outbursts and ‘laughing inappropriately’ as a result of his injury.

He claims he has been left socially isolated and unable to work and blames the accident on the turnstile being faulty.

His barrister Jeremy Crowther said: ‘He entered the turnstile and began pushing the gate in a clockwise direction.

‘The gate began ratcheting around – as it was supposed to – but instead of locking when the claimant was in a position to leave the turnstile, it suddenly and without warning continued to rotate.

‘This caused the section of gate immediately behind the claimant to knock into the back of his left foot, causing him to lose his balance and stumble forwards.

‘As he fell he struck his head on one of the metal steps of the bridge that was immediately in front of him.’

Mr Matthews, of Yalding, Kent, suffered a fracture to his forearm, soft tissue injury to his knee and was left with damaged teeth said Mr Crowther.

The barrister added: ‘Most significantly, he sustained a brain injury, causing a variety of neurological symptoms including headaches, dizziness, impaired memory and speech problems.

‘He suffers from behavioural, cognitive and emotional symptoms…He has become disinhibited, prone to laughing inappropriately and unprompted bouts of rudeness.

‘He has become very socially isolated and is unable to work.’

Logs showed the turnstile had been reported as ‘defective’ previously due to it ‘spinning freely’ when inspected.

In a written defence to the claim – which has not yet reached court – barrister John Brown, for the London Underground, said the turnstile was always set up to be ‘free-flowing’ when exiting the depot and only locked into place when entering.

He said: ‘As the turnstile was free flowing upon exit, it is denied that it was supposed to lock when the claimant was in a position to leave the turnstile.

‘It is therefore further denied that the turnstile ‘suddenly and without warning’ continued to rotate as alleged.

‘At the time of the claimant’s accident, upon exit the turnstile was in proper working order.

‘Any issue with the turnstile having an intermittent fault in failing to lock related only to its use when entering the depot and therefore has no causative relevance to the claimant’s accident.’

A trial is due to take place at the High Court.