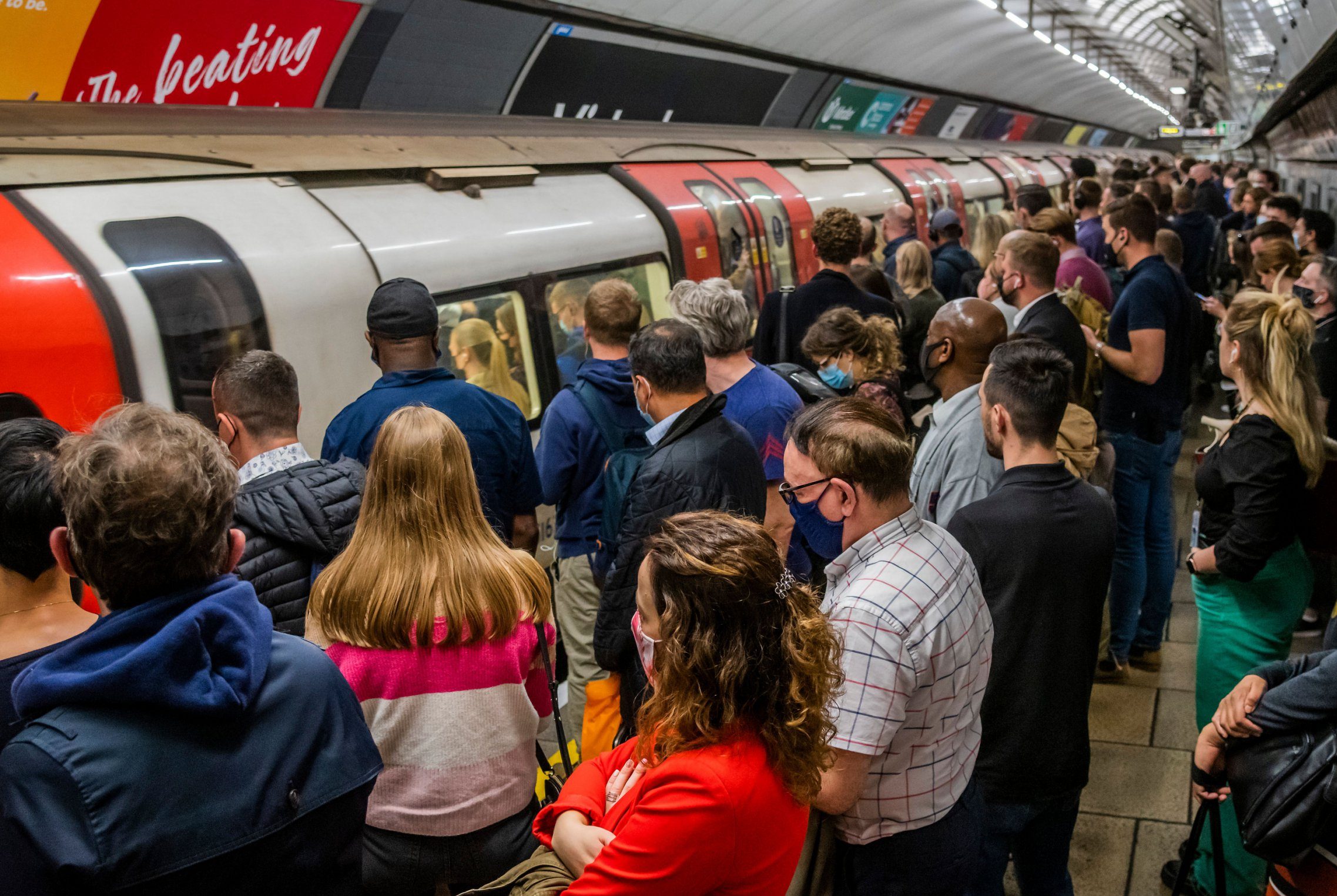 Commuters are abandoning cars amid the petrol crisis and getting back on board trains, buses and the Tube instead.

Passenger data yesterday showed a seven per cent increase in London Underground travel and a two per cent jump on bus trips in one week — both hitting a post-pandemic high.

Rail passenger numbers — already at two-thirds of 2019 levels before the fuel chaos — leapt another six per cent in the capital yesterday.

Travellers on public transport avoided jams on the roads caused by queues at garages.

But they are also said to have been attracted by flexible season tickets for part-time commuters — at the same time as petrol firms are accused of profiteering, with 10p-a-litre rises and warnings of more to come.

Oil companies including Shell, BP and Esso issued a joint statement last night promising: ‘As many cars are now holding more fuel than usual, we expect demand will return to normal levels in the coming days, easing pressures on fuel stations.’

But RAC spokesman Simon Williams insisted: ‘It’s a pretty bleak picture for drivers,’ and warned firms against raising prices to cash in on demand.

Andy Bagnall of the Rail Delivery Group said: ‘Rail companies are welcoming a steady increase of commuters back on board as workers return to offices and students go back to school. We know commuters want flexibility and we want to go further on wider reforms so it’s easier for people to buy a ticket which meets their needs.’

Motorists across the country seemed happy to swap the roads for the rail. ‘Letting the train take the strain today on my way to the University of Gloucester,’ tweeted Victoria Temple. ‘Doing my bit to steer clear of petrol queues, but also enjoying this very civilised start to my morning. #newroutine.’

Others backed calls by the British Medical Association and London mayor Sadiq Khan for key workers to get priority access to petrol.

‘People behave as though trains and buses don’t exist,’ one posted. ‘What’s more important — ambulances and fire engines getting fuel to attend emergencies or someone who could get a bus or train getting petrol so they’re not mildly inconvenienced.’

‘Can we normalise getting the bus, train or cycling?’ asked Martine in Liverpool. ‘We need to leave petrol for people who are disabled and rely on cars and vans for transport.’