ROME — To escape persecution in his homeland, a 27-year-old Pakistani man walked over mountains and through woods on an arduous 18-month journey across Bosnia, Croatia and Slovenia until he finally reached the Italian border.

A few hours later, Italian guards in the city of Trieste took him to a hill, counted to five, and told him to run back across the border into Slovenia, he recalled. The following day, he said, the Slovenian authorities handed him over to Croatian police at the border, who beat him with batons wrapped with barbed wire as he lay handcuffed before deporting him to neighboring Bosnia.

“I thought I would be safe once I reached Europe,” said Mr. Mahmood, who asked to be identified by his last name only out of concern for his safety. “But I was wrong.”

Mr. Mahmood spoke in a phone interview from Sarajevo, the capital of Bosnia and Herzegovina, where he has been sleeping since August in an abandoned building with temperatures as low as 14 degrees at night.

He is one of about 1,300 migrants sent back by Italy last year as they arrived at the country’s northeastern border through the so-called Balkan route. Many of them ended up stranded in Bosnia and living in dismantled migrant camps or abandoned buildings, exposed to freezing winter cold. 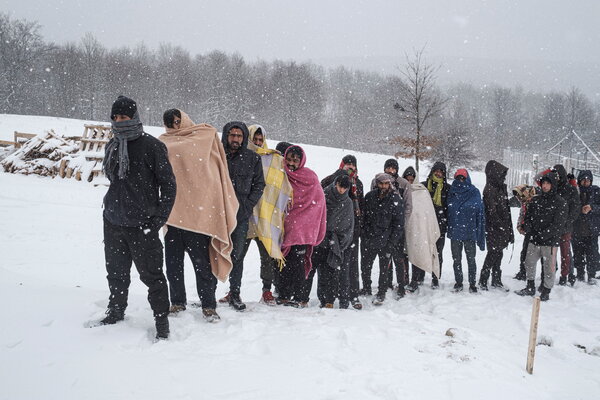 Left-wing lawmakers in Italy and migrant advocacy groups say these informal returns — summarily sending migrants back without any formal identification procedures or opportunity to apply for asylum — violate Italian, European and international laws. Their position was supported by a court ruling in Rome last month.

In 2020, there was a spike in the number of migrants the Italian government returned in this informal way compared with 2019, according to government data. The tougher stance was motivated in part by trying to contain the spread of the coronavirus, which hit Italy particularly hard. But it was also in line with a general hardening on the issue of migrants across Europe.

The Italian government has said that a bilateral agreement with Slovenia allows it to return illegal migrants who cross their common border immediately. Both countries are members of the European Union, meaning migrants should benefit from the same asylum rights on either side of their border. 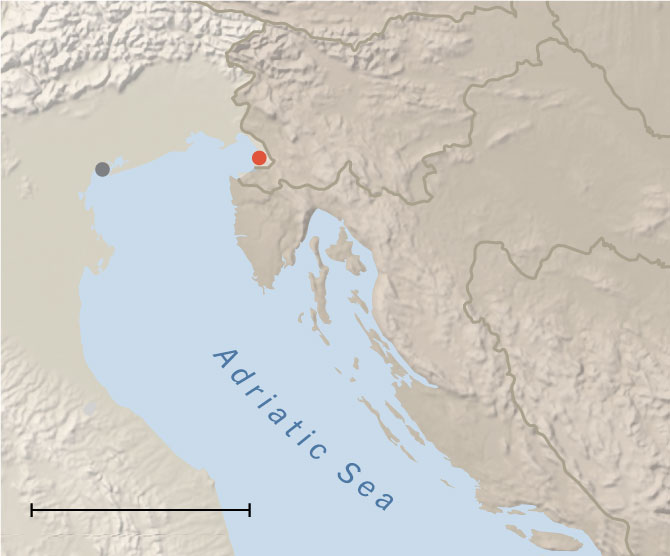 But humanitarian organizations accuse Italy of exploiting the coronavirus crisis to send back migrants and say that sets off a chain of rejections that leaves migrants vulnerable to police abuse in Croatia — which human rights groups say is prevalent.

“Through these pushbacks they are initiating, they are directly contributing to putting people in this precarious position,” said Simon Campbell, a field coordinator with the Border Violence Monitoring Network, a group of associations that monitor human rights violations along the Balkan route.

Mr. Campbell accused Croatia, also a member of the European Union, of what he called “torturous practices” and said Italy shared a “direct complicity.”

After the rejections by Italy and Slovenia, the migrants are left vulnerable to eventually being pushed out of the European Union to countries like Bosnia, which are not bound by the bloc’s standards on the treatment of migrants.

All of these concerns came up last month when a national court in Rome heard Mr. Mahmood’s asylum case, which detailed his journey to reach Italy and the rejections that sent him back to a vulnerable existence in Bosnia.

A judge ruled that Italy’s refusal to allow him entry on the Slovenian border was illegal because the government knew full well that its actions would “expose migrants and asylum seekers to inhuman and degrading treatment” inducing what she called “chain pushbacks” to Bosnia. In general, the judge ruled that such informal returns of migrants to Slovenia are illegal.

Italian nationalists, who sit in the opposition, have seized on the bump in migrant arrivals over the summer and coronavirus outbreaks in overcrowded shelters to reinvigorate a national debate about migration.

Italy’s government has responded by increasing the military and police presence at the northeastern border around Trieste, urging officers to send more migrants back.

Last year Italy informally returned about 1,300 migrants who arrived from Slovenia under the bilateral agreement compared with about 250 in 2019, according to the Interior Ministry.

“We have to keep the pandemic from spreading,” Luciana Lamorgese, the Italian interior minister, said at a news conference in Trieste in September as she announced stricter patrols outside migrant shelters in the region and along the border.

Mr. Mahmood, who is gay, said that he fled Pakistan because he felt he could not live freely in the country, where homosexuality is a big taboo.

His journey to the Italian border began by crossing from Pakistan into neighboring Iran. From there, traveling on foot or in smuggler’s vans, he made his way through Turkey, Bulgaria, Greece and North Macedonia before he reached Bosnia. Then it was on to Croatia, Slovenia and finally Italy.

When he arrived at the border crossing in Trieste, he said local volunteers were treating his leg injuries sustained on the journey when plainclothes Italian officers appeared and took him to a police station. He said he told the police twice that he wanted to seek asylum in the country.