CARDEDEU, Spain — Andreu Canet turns 100 next month. And his birth year, as it turned out, was a curse.

Having been drafted into Spain’s Republican army at 17, he is now a rare survivor of a contingent of about 27,000 soldiers dubbed the “baby bottle conscription.” They were all born in 1920 and called up by the Republican government in 1938 to replenish the army’s ranks as it prepared a last-ditch attempt to stop Gen. Francisco Franco from winning the country’s civil war.

This July, as he has done every year for the past three decades, Mr. Canet made his annual journey to a peace monument built on hilltops near the Ebro river — the site of a major counterattack launched by Republican troops in July 1938. The already difficult pilgrimage was made even harder by the pandemic. And for the first time, he said, he was the only one who turned up on the day of the commemoration.

“Perhaps I’m in fact the only one left alive by now,” he said wistfully.

Mr. Canet’s story is just one chapter in a civil war legacy that Spain is still trying to come to terms with.

In September, the government led by Prime Minister Pedro Sánchez presented a draft bill aimed at reviving and extending a 2007 law to facilitate the opening of more than 2,000 mass graves scattered across Spain and to identify the remains of those inside. Most are believed to have died during or just after the war, which took place from 1936 to 1939. 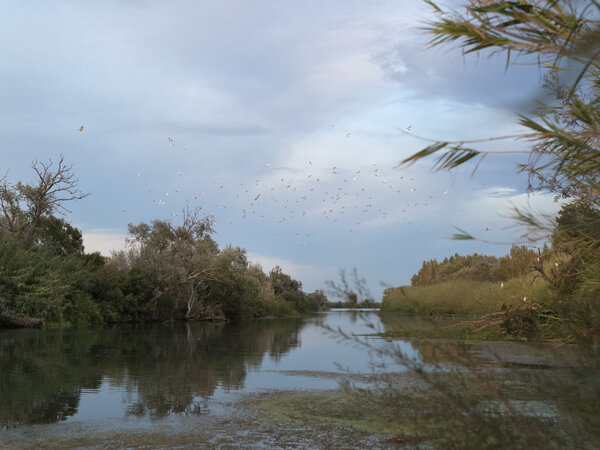 The government also wants to close down any venture or institution that glorifies Franco’s dictatorship, and to revamp the giant underground mausoleum from which his remains were exhumed last year and transferred to a cemetery where his family already had a crypt.

Looking back on the war, Mr. Canet said he was utterly unprepared for battle when he was drafted at 17.

“We had to bring our own clothing and a blanket, and I fought in my espadrilles because my family was simply too poor to afford shoes,” he recalled in a recent interview in his apartment in Cardedeu, about 25 miles northeast of Barcelona. “We got zero training and zero instructions about what we would be doing, and I, of course, had never seen the Ebro until I was told to get across it.”

Their crossing of the river, which slices across northwestern Spain, enabled the Republicans to regain some of the territory that Franco had conquered. But under heavy bombing by German and Italian planes flown by his fascist allies, the Republican advance soon ground to a halt, and the fighting turned into the war’s longest, largest and most deadly battle.

While historians have offered different numbers, most estimate a death toll of at least 20,000 soldiers from both sides during the nearly four months that the battle endured. Once the Republican forces were pushed back across the Ebro, Franco secured his victory, which then paved the way for a dictatorship that lasted until his death in 1975.

Mr. Canet, whose 100th birthday is Nov. 30, said he could still vividly remember both the trench warfare that followed the treacherous river crossing and the aftermath of the conflict. He spent the first part of the postwar period in a military hospital recovering from typhoid, which he probably caught while stationed on a rat-infested islet in the middle of the Ebro.

“The rats kept crawling over my face when I was trying to sleep,” he said.

He shunned any notion of heroism and said that his military promotion, eventually to the rank of sergeant, reflected more a shortage of officer candidates than his own merits.

“When we captured our first hill,” he recalled, “what I really remember is how tired and thirsty I was, being even forced to drink my own urine, and how little sense of pride there was when so many others had already died.”

He teared up when recalling the cruelty of some of his commanders, who once threatened to shoot him for falling asleep during a night watch.

After surrendering to Franco’s troops, Mr. Canet was conscripted again — but this time into military service in Franco’s army. His battalion, based in the northern city of Burgos, was filled with defeated Republicans.

“The war had been horrible,” Mr. Canet said, “but so then was my military service under officers who hated us, while suffering the humiliation of marching through villages where children spat at our feet.”

And although Mr. Canet was the only one who showed up for this year’s commemoration, Víctor Amela, a writer who recently published a book about the conscription, said the veteran was probably not the only surviving member of the “baby bottlers.” Mr. Amela estimates that there are about a dozen survivors left, most of them living in the Catalonia region.

He said that the monument near the Ebro, erected in 1989, had been financed by former soldiers and their families because “the Spanish state has sadly refused to look back and confront the legacy of our civil war, let alone offer an apology to a bunch of children who were forced to fight in it.”

The “baby bottle” conscription showed “the most miserable side of a very ugly war,” Mr. Amela said, as most of the enlisted teenagers came from poor families without the personal connections that allowed others to avoid the draft. “I feel that it is a crime that a government sent 17-year-olds to an almost certain death, in full knowledge of how superior Franco was by this late stage of the war.”

Once Mr. Canet finally returned to civilian life in late 1943, he worked in a factory that made fountain pens and then set up his own shop in the entrance hall of one of Barcelona’s subway stations, where he sold and repaired pens, lighters and watches.

Until he grew more frail, Mr. Canet said, he enjoyed visiting schools to tell children about the experiences of the “baby bottle conscription” in hopes of keeping the soldiers’ memory alive.

But he is unimpressed by the government’s latest attempts to set right the historical record of the war.

“It just all feels too late,” he said. “The current generation has no idea what the war was really like, and no government has actually ever done anything for us.”