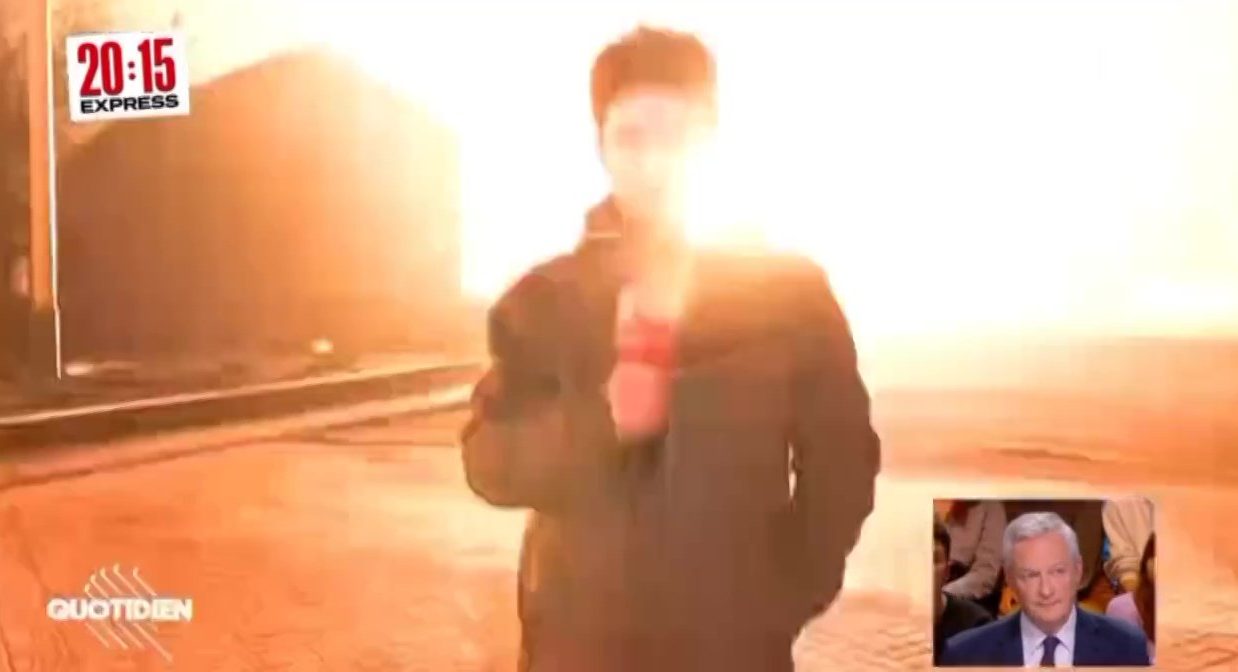 This is the moment a French TV reporter is sent diving for cover as a Russian missile lands behind him during a live broadcast.

Host Yann Barthes watched in horror from the studio as the blast left his reporter doubled over in the Ukrainian-held city of Druzhkivka in Donetsk province.

Paul Gasnier was reporting for TMC’s Quotidien programme on Sunday night when the missile struck a hotel and ice rink about 200 metres behind him.

The frontline city is just 80 miles from Makiiva where scores of soldiers were killed in a Ukrainian missile attack as Russian president Vladimir Putin gave his televised New Year’s Eve address on Saturday.

Moscow has admitted that 63 men died in the attack but sources close to the Ukrainian government claim the true number could be 400.

An appeal for clothing and sleeping bags has been issued for the survivors who are thought to have been evacuated to a hospital in the Russian city of Rostov-on-Don.

Authorities in Druzhkivka claim two people were wounded in the attack on the ice rink.

The reporter was unharmed.