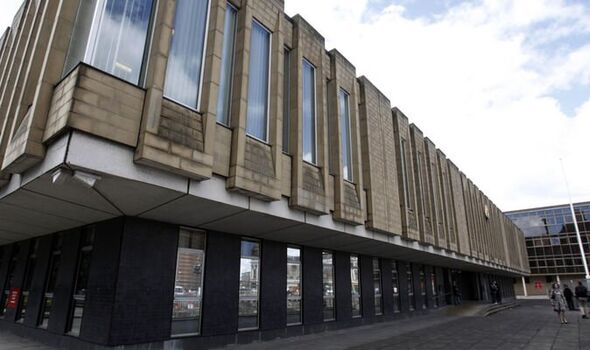 Twenty-four men have been charged with a range of historic child sex offences. They stand accused of charges relating to incidents in Bradford concerning a girl who was 13 when she allegedly began being sexually assaulted by the men. All but one have already appeared in court throughout September.

The charges include rape of a child aged 13-15, conspiracy to rape, false imprisonment and facilitating the prostitution of a child.

All these relate to one female victim, who cannot be named for legal reasons.

They are alleged to have occurred in the city area between the years 2007-2011.

Most of the men who have been charged live in Bradford, West Yorkshire.

Twenty-three appeared at Bradford Magistrates’ Court throughout the month of September.

He appeared at Bradford Magistrates on October 7.

West Yorkshire Police revealed that the other alleged attackers face a range of charges, all relating to one female victim.

Jameel Ahmed, 32, and Brian Davis, 53, have been charged with rape and conspiracy to rape.

Burhan Uddin Ali, 36, and Abdul Basith 40, have been charged with multiple rapes and conspiracy to rape.

Meanwhile, Shahinul Haq, 35, Yousaf Bhatti, 36, and Anwar Aziz, 32, were charged with rape and the arrangement/facilitation of the prostitution of a child.

Ashfaq Ahmed, 34, from Halifax, Amjad Hussain, 36, of Keighley, and Abbas Hussain, 41, were charged with with multiple rapes and arranging and facilitating the prostitution of a child aged 13-17.

Khalid Parvez, 63, from Leeds, was also charged with arranging and facilitating the prostitution of a child aged 13-17.

Two, Syed Shabir, 39, of Oldham, and Khazer Hussain, 41, also from Oldham, have been charged with conspiracy to rape and false imprisonment.

Ibrahim Ali, 35, faces a charge of engaging in sexual activity with a girl aged 13-15.