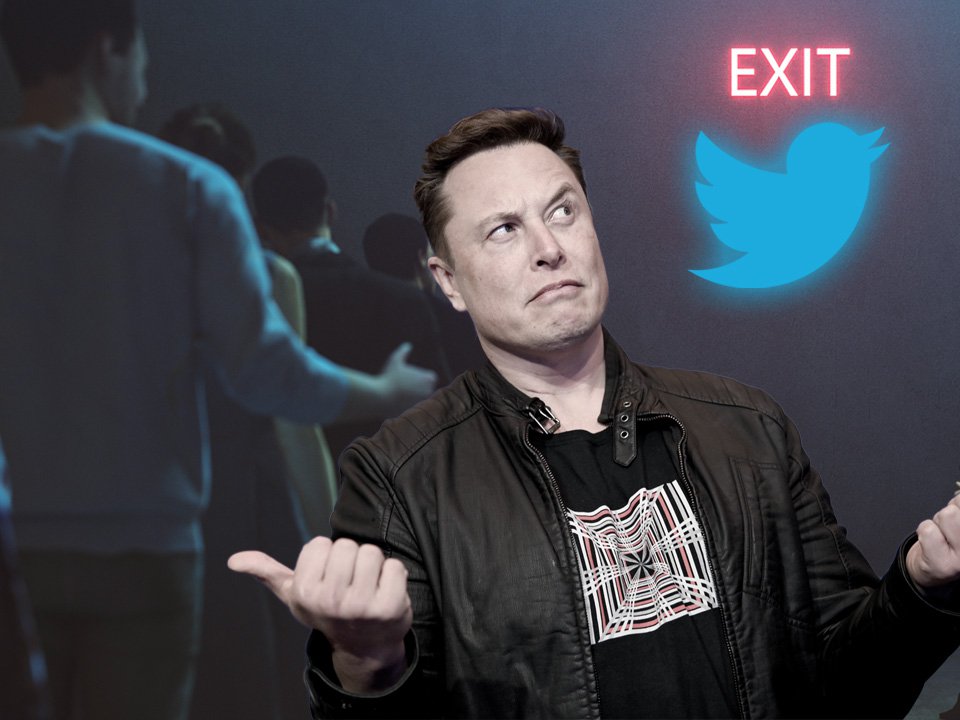 It’s a sad day for Twitter staff who have woken up to find out that they’ve been logged out of their work laptops and email overnight.

Twitter staff in the UK were still asleep when their laptops were remotely wiped and building access revoked.

‘Can’t log into emails. Mac won’t turn on. But so grateful this is happening at 3am. Really appreciate the thoughtfulness on the timing front guys…’ tweeted Chris Younie, a Twitter employee who worked in entertainment partnerships.

Simon Balmain, a senior community manager for the platform in the UK, tweeted that he had been remotely logged out of his work laptop and removed from the company’s Slack messaging service.

On Thursday, an internal memo told staff that they would be notified if they had been fired in a twisted game of email Russian Roulette.

‘If your employment is not impacted, you will receive a notification via your Twitter email,’ said the memo.

‘If your employment is impacted, you will receive a notification with next steps via your personal email,’

The email also said that Twitter’s offices would be temporarily closed and all badge access suspended in order ‘to help ensure the safety of each employee as well as Twitter systems and customer data’.

About 7,500 jobs from San Francisco to Singapore hang in the balance as Twitter’s new boss Elon Musk plans to cut about half the workforce to slash costs and impose a demanding new work ethic.

Twitter employees say the company is eliminating workers without enough notice in violation of federal and California law. The company is being sued over this in a class-action lawsuit filed in a San Francisco federal court on Friday.

Since billionaire Elon Musk took over last week, he has not addressed the staff or laid out his plans for the future of the company, leaving workers to study message boards, news reports and tweets by Musk and his advisers for clues about their fate, multiple employees said.

Managers have been forbidden from calling team meetings or communicating directly with staff, one senior Twitter employee said, adding that they were being monitored.

‘It feels like we’re working among the Gestapo,’ they said.

Some Twitter employees have stopped taking calls or responding to emails from clients hounding them for information, because they did not know if they still had jobs, one employee told Reuters.

Others raced to meet deadlines by Friday US time, when they expected the axe to fall, another employee said. One manager tweeted a photo of herself sleeping on the floor of the office in a sleeping bag.

When you need something from your boss at elon twitter pic.twitter.com/hfArXl5NiL

While some worried about annual bonuses or how they would be notified of layoffs, others rushed to apply for jobs at other companies. International employees fretted about the status of their visas. One employee sought advice on Blind on whether it was worth mentioning Twitter on their resume.

Employees who spoke with Reuters said they are learning about changes at their company by observing their work calendars and screenshots of discussions from managers, not from official communication from Musk or other leaders.

One employee confirmed that ‘days of rest’, which are highly popular company-wide days off, have been removed from calendars for the rest of the year.

‘It’s worse than everything you’re reading. Much worse,’ answered a Twitter employee.