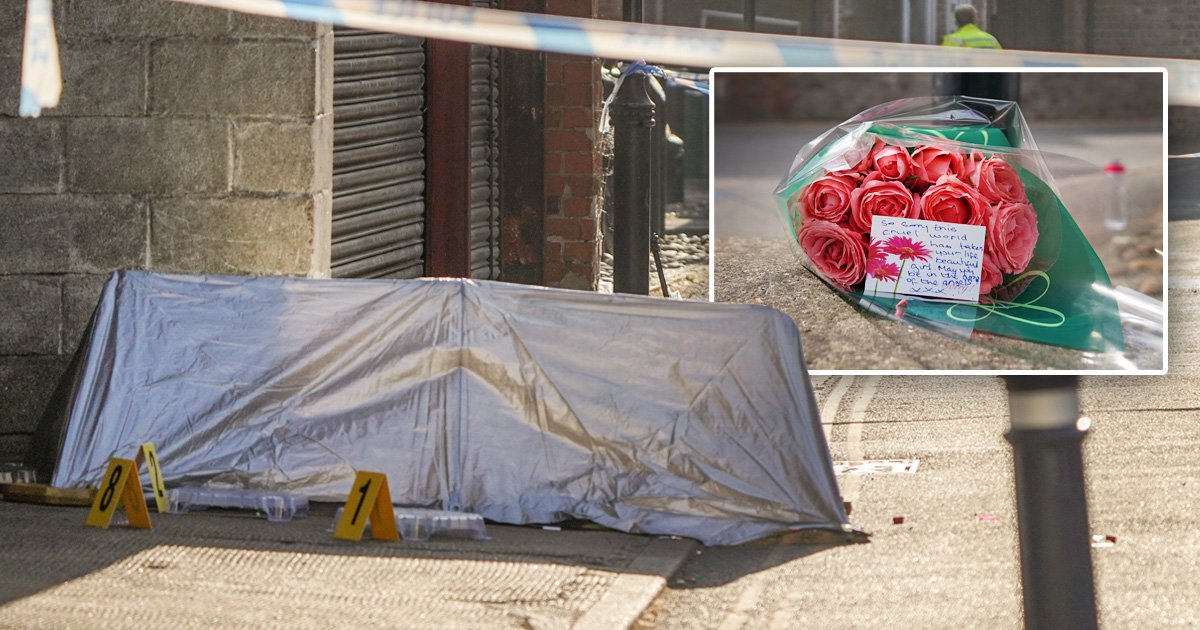 Two people have been arrested after a nine-year-old girl was stabbed to death in a town centre street.

Detectives launched a murder investigation last night after a child was found with a fatal injury in Boston.

Police have not named the girl but believe it is an ‘isolated incident’.

Forensic officers were at Fountain Lane this morning, in the centre of the Lincolnshire town.

Police were called to the spot at 6.20pm on Thursday and found the injured girl but nothing could be done to save her.

Investigations appear to be concentrated on an area close to a car park just away from a busy shopping street.

A potential piece of evidence has been covered by officers and the street remains cordoned off.

Several markers have been placed out as specially trained investigators scour the street for clues.

The child’s parents have been informed about the tragedy and are being supported by Lincolnshire Police.

In a statement, chief superintendent Kate Anderson said: ‘Officers were called to the scene of the incident at Fountain Lane, Boston, at around 6.20pm yesterday.

‘A nine-year-old girl sadly died as a result of what we believe to be a stab wound.

‘We have arrested two people in connection with the incident.

‘We believe this to be an isolated incident. We are pursuing extensive lines of enquiry and have committed a number of resources to this investigation.

‘You will see more officers patrolling the area, and we have a high number of specialist detectives who have been brought in to assist the investigation.

‘We are not yet in a position to name the victim.

‘Her parents are being supported by specially trained officers at this very difficult time, and I can only imagine the grief and pain that they are going through.

‘Their welfare and the welfare of those who she knew is a priority for us.’

Matt Warman, MP for Boston and Skegness, said he had called for national assistance to be drafted in to speed up the investigation.

He added: ‘Profoundly shocking news in Boston this evening.

‘I have spoken to senior officers locally and am hugely grateful for all the emergency services’ work.

‘I have also been in contact with policing minister Tom Pursglove to ensure that any national help that might be useful is made available as quickly as possible.’