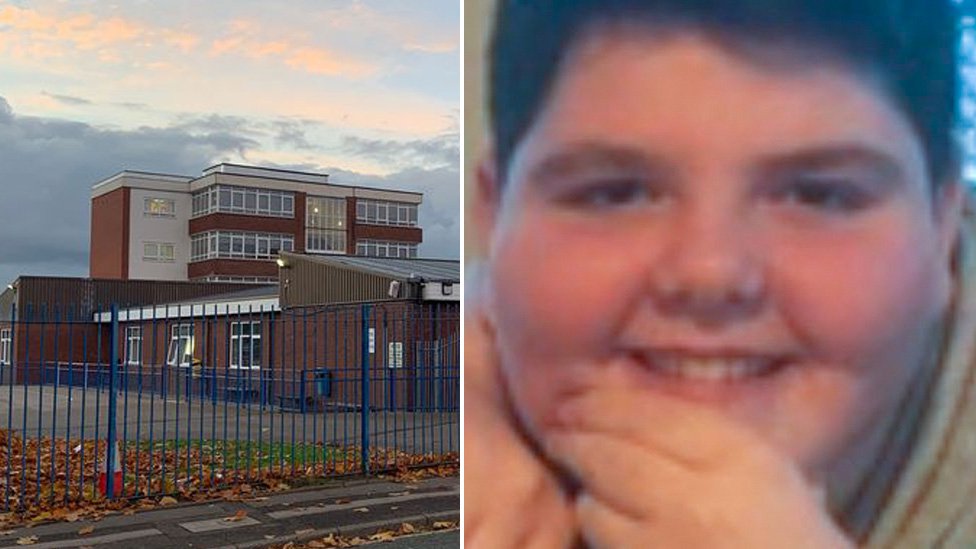 Two teenagers from the same school who died within a week of each other had both caught Covid.

Mohammed Habib, 14, was in year 10 at St John Fisher Catholic College in Newcastle-under-Lyme when he was struck down with the virus.

He suffered a stroke and died on October 24, before being buried two days later.

On October 30, Harry Towers, 15, a year 11 pupil at St John Fisher College, died after contracting the virus. It is understood neither of the boys was vaccinated.

Pupils at St John Fisher Catholic College had been due to have Covid vaccinations weeks before the double tragedy, which happened over half-term.

But only flu vaccinations were given at the school as the Covid jabs were rescheduled for mid-November.

Charlotte Nugent, Harry’s sister has confirmed to the BBC he was unvaccinated. While Mohammed’s status is not clear, he is not believed to have been jabbed.

A spokesperson for North Staffordshire Coroner’s Court said: ‘The coroner was provided with a cause of death which he was satisfied was natural and further investigations were not required.

The findings come as investigations into exactly what caused Harry’s death on are ongoing.

On Harry’s case, the coroner’s spokesman said: ‘A post-mortem examination has been undertaken and the investigation is still ongoing as a cause of death has not yet been provided.

‘At this stage, the coroner is expecting that the cause of death may be natural and so an inquest has not been opened.’

Neither Harry nor Mohammed had any known underlying health conditions.

After suffering from Covid-19, Harry was due to go back to school after returning a negative lateral flow test on October 28, but died two days later.

His sister has described him as a ‘kind, gentle lad who always stood up to bullies’ and wanted to be a history teacher.

Garrett Murray, headteacher of the boys’ school, said: ‘We went above and beyond what was expected with our Covid restrictions.

‘My rational head tells me that we did everything we could and it was a tragedy in both situations, but with my irrational head, I beat myself up every day.’

Following Harry and Mohammed’s deaths, the school says it has been the focus of attention from anti-vaxxers.

Mr Murray said the school did not take a stance on children’s vaccination and it respected everybody’s opinions.

Staffordshire’s director of public health Richard Harling has so far declined to comment on the cases.