Two casualties have been reported after an explosion caused a fire at a house in Kent.

Firefighters have been tackling a blaze at the house in Willesborough, Ashford, and several people thought to have been trapped in the house were freed.

Members of the public have been urged to avoid the area and residents have been told to keep their windows closed. According to Kent Fire and Rescue Service, there were two casualties treated by South East Coast Ambulance Service (SECAmb) – although there were no details on their condition.

Seven fire engines and a height vehicle were at the scene – alongside police, a Hazardous Area Response Team and road vehicles from the air ambulance.

The emergency services were first called to the scene at 7.57am.

A SECAmb spokesperson said: “We can confirm our attendance at an incident in Mill View, Willesborough, Ashford, reported to us shortly before 8am.

“Ambulance crews including our Hazardous Area Response Team are at the scene with police and fire colleagues. The air ambulance service has also sent two road vehicles to the scene.

“We are assessing patients at the scene and will issue further details when available.” 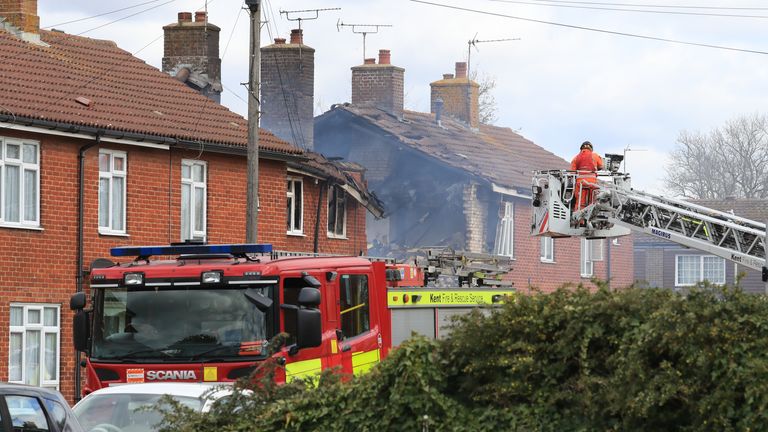 A spokesman for Kent Police said: “A number of people were reported to have been trapped and they were freed by emergency services.

“Officers are working to establish if anyone else is unaccounted for.”