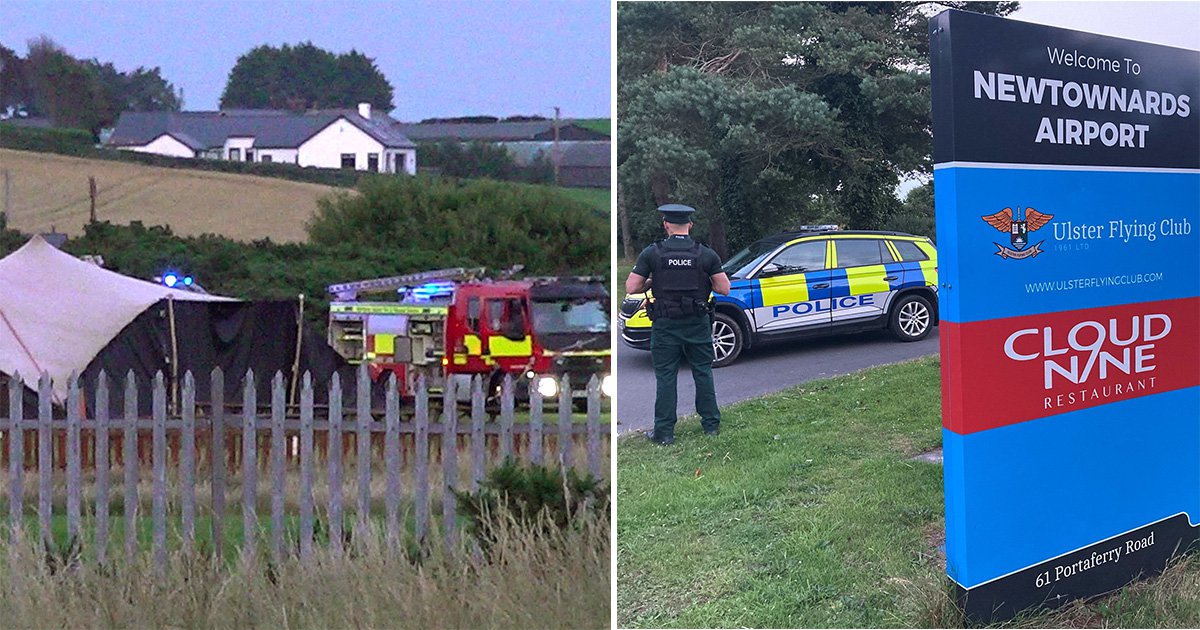 Two people have been killed in a crash involving a light aircraft at a Co Down airport.

Eyewitnesses said they saw thick plumes of black smoke coming from the scene after the incident at around 8.20pm last night.

One said: ‘The smoke is now gone. There are four or five fire engines from Newtownards and Bangor, two police cars and two ambulances have arrived.

‘Large plumes of black smoke [could be seen] over the terminal building.’

Three crews were sent to tackle the fire that followed the crash at Newtownards Airport.

It came on a day when wildfires broke out across the UK amid record breaking temperatures.

The Northern Ireland Ambulance Service said nobody was taken from the scene on the Portaferry Road.

Police cordoned off the area and confirmed this morning that two people had died.

A PSNI spokesperson said: ‘It was reported to police at 8.20pm that a light aircraft had crashed at the airport.