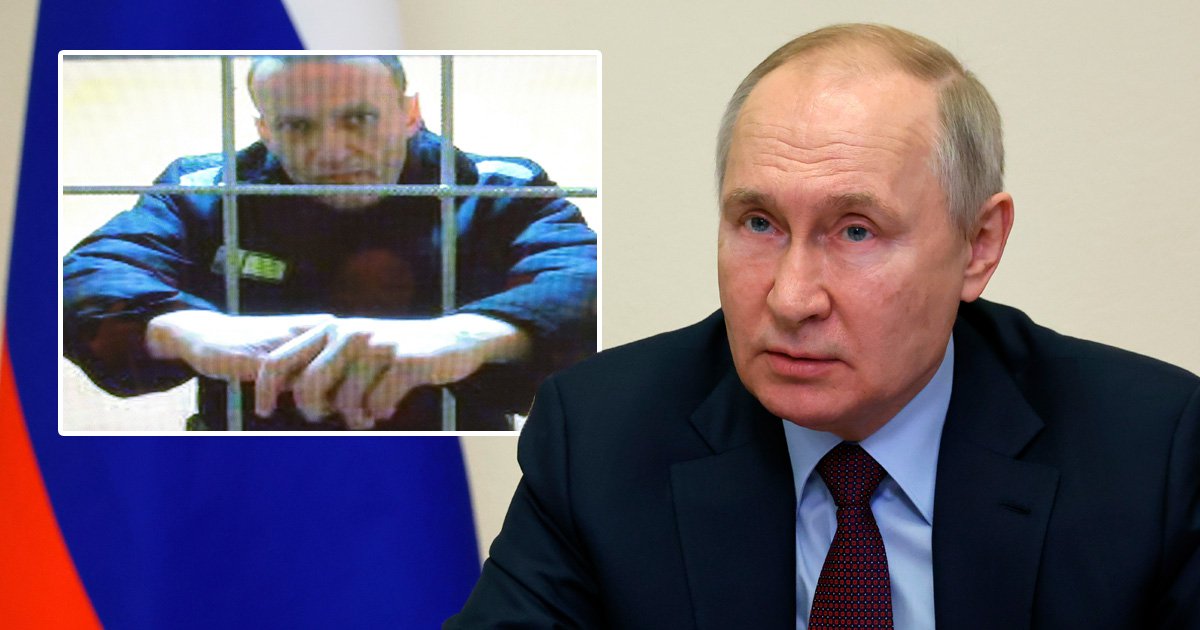 Russian doctors have united to condemn Vladimir Putin for ‘abusing’ a prominent political opposition leader whose ‘health is being deliberately harmed’ in jail.

More than 200 medics have signed a petition saying they are ‘greatly concerned’ for Aleksei Navalny’s life and can’t stand aside and watch him deteriorate.

The stand against the Kremlin is surprising, given the clamp-down on free speech in the country following the Ukraine invasion.

Mr Navalny was handed a nine-year sentence in March after being found guilty of large-scale fraud and contempt by a Russian court. He pleaded not guilty.

He recently claimed he was placed in solitary confinement for the tenth time in a year because he washed his face half an hour before the prison schedule allowed.

Putin’s main political rival fell ill after sharing a cell with someone who had been ‘deliberately placed in the prison’s medical ward full of flu patients’, his lawyers have said.

In the letter, doctors said: ‘The detention conditions and the appearance of Aleksei Navalny make us greatly concerned for his life and health,

‘From the medical point of view, it is clear that Aleksei is not receiving sufficient medical help.’

Mr Navalny’s legal reps have warned he needs medication as he is said to be suffering from coughing fits, a fever and chills.

They say he needs to be examined by doctors outside the penal colony and transferred to a regular hospital for treatment if it’s thought necessary.

The politician is the leader of the Russia of the Future party and has repeatedly challenged Putin by organising anti-government demonstrations and exposing corruption.

In September 2020, he was hospitalised in a serious condition after being poisoned with a Novichok nerve agent.

American intelligence agencies believe that Russian security police agents were behind the attack on his life.

In January 2021, Mr Navalny was arrested on accusations of violating parole conditions while he was hospitalised in Germany – which were imposed as a result of a 2014 conviction for alleged embezzlement.

He was sentenced to two-and-a-half years in prison, before being handed nine further years when prosecutors accused him of embezzling donations from his supporters last year.

The politician has dismissed criminal cases against him as politically motivated and previously named Russia’s ruling party, United Russia, as a ‘party of crooks and thieves’.

Following the last court hearing into the most recent case, he wrote on Instagram: ‘If the prison term is the price of my human right to say things that need to be said … then they can ask for 113 years. I will not renounce my words or deeds.’