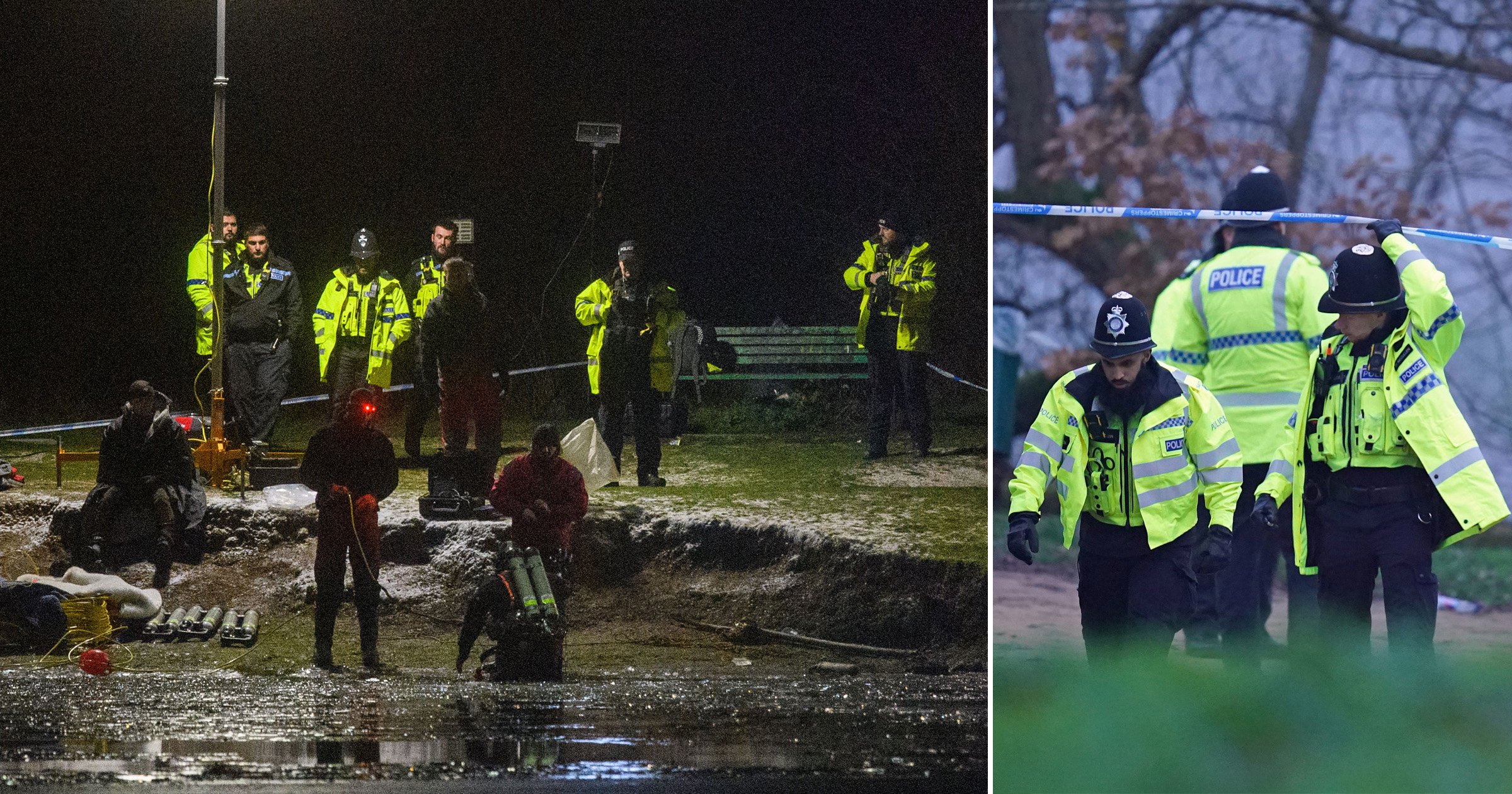 Two children are now feared dead after six fell through ice on a frozen lake as onlookers frantically tried to warn them of the danger.

The youngsters, believed to be under 12, plunged into the water in Solihull on Sunday.

Four were reported to be in a critical condition after being pulled from the lake in a state of cardiac arrest and were rushed to hospitals in Birmingham.

A desperate search was launched to find the other two children following the incident at Babbs Mill Park in Kingshurst just after 2.30pm.

Onlookers are said to have screamed ‘It’s not safe’ moments before the ice broke.

Reports suggest two children were playing on the lake when the ice cracked – prompting four friends to try and help them.

But fire crews have said it is now a ‘recovery rather than rescue’ mission.

Nearby St Anthony’s primary school announced it had closed today, and called for people to ‘keep those affected in your prayers’.

West Midlands Fire and Rescue Service area commander, Richard Stanton, told a press conference: ‘When our firefighters arrived, a number of police officers and members of the public were in the water trying to reach and rescue the children.

‘Our crews entered the water, swam to the first child and our specialist-trained firefighters, including technical rescue, rescued three further children.

‘The children were brought out of the water where they received immediate life-support care from firefighters and our ambulance colleagues.’

Mr Stanton later added the force was ‘made aware there were up to six people in the water’ when firefighters arrived.