Royals: Queen stood by Prince Andrew until the end

Police began an investigation after members of the public intervened in relation to an incident during which Prince Andrew was ‘verbally abused’ while walked behind his mother’s coffin on the Royal Mile on September 12. The protester, a 22-year-old man, was subsequently charged with a breach-of-the-peace and will appear in court at a later date. 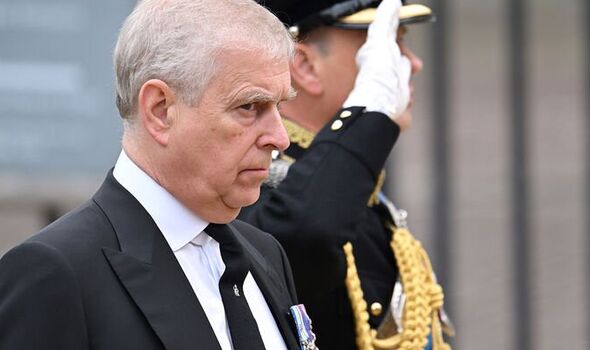 Widely circulated footage showed a man being dragged to the ground shortly after the Queen’s coffin left the Palace of Holyroodhouse, to which it had been transported following her death at Balmoral Castle on September 8

A Police Scotland spokesman said: “Two men, both 34, have been arrested and charged in connection with assault following an incident on the Royal Mile on September 12.

“A report will be sent for the consideration of the fiscal.”

All four of the Queen’s children, including King Charles III and Princess Anne, were walking behind their mother’s coffin as it was taken to St Giles’ Cathedral after leaving the Palace.