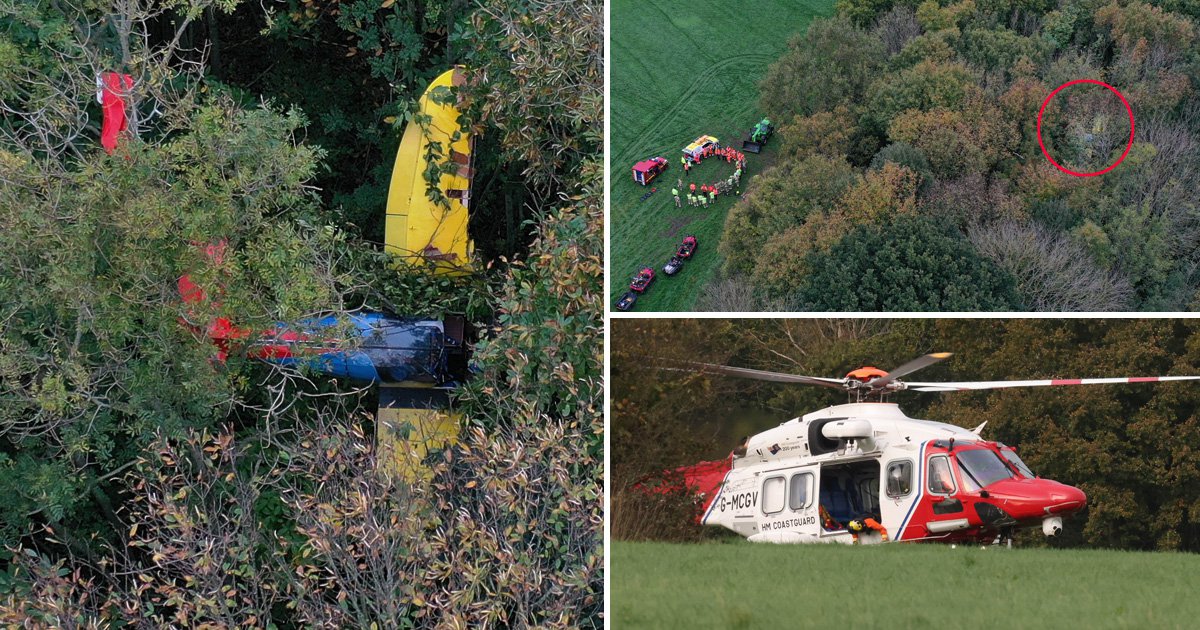 A plane has crashed next to a pub in Kent, shortly after taking off from the airport.

Ruth Samson, 49, and Timothy Nathan, 65, had just taken off from Rochester at about 11am when their light aircraft suddenly lost power.

It came down near Common Road in the village of Blue Bell Hill, near Chatham, getting stuck 40ft up in a tree.

Kent Fire and Rescue Service rushed to the scene close to the 700-year-old Robin Hood pub.

Miraculously, no injuries have been reported, and they were passed into the care of South East Coast Ambulance Service.

‘It was a loss of power after takeoff but thankfully we’re both okay.’

Police at the scene said the plane remains in the tree and an area is still cordoned off.

The Air Accidents Investigation Branch (AAIB) has launched an investigation into the crash.