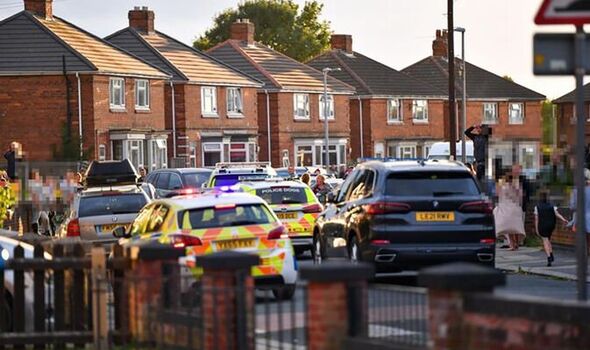 Armed police raced to the scene in Grimsby, Lincolnshire, at around 7pm last night to reports of a shooting. The residential street remains closed after two people were taken to hospital.

They both have non-life-threatening injuries, police said today.

But officers continue to investigate the incident and have arrested a number of suspects, reports Grimsby Live.

A spokesman for Humberside Constabulary said: “Officers are in attendance at Sutcliffe Avenue, Grimsby, after being called to a reported firearms incident this evening (Wednesday, July 6).

“Two people have been taken to hospital for treatment on their injuries, which are not thought to be life-threatening at this stage. A number of people have been arrested in connection with the incident and our investigations continue.

“Officers were quickly deployed and a cordon has been put in place to ensure the safety of those nearby.”

The same estate in Grimsby was rocked last month after a newborn baby was found in a wheelie bin.

The baby boy was found at approximately 5pm in a brown garden waste bin with the umbilical cord still attached. The boy was taken to hospital and is being treated there.

There were reports that a concerned resident heard a baby’s crying coming from the bin and then, upon lifting the lid, found the tot in among the grass cuttings.

The baby’s young mother was found and was also taken to hospital where she was being cared for by the relevant authorities.

There was a large response by Humberside Police and East Midlands Ambulance Service – at least four police cars and vans were at the scene accompanied by two ambulances on June 20.

Officers were seen going door to door to speak to shocked residents on the estate, largely home to families and pensioners.