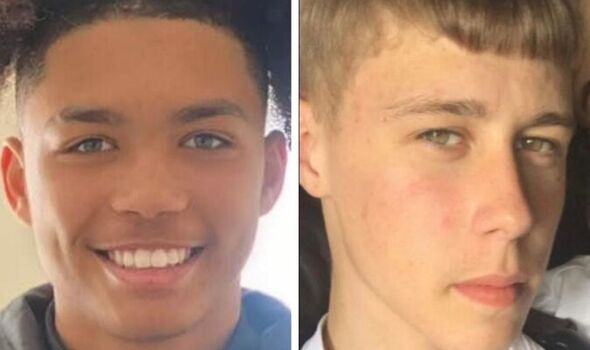 Two teenage boys killed in a horrific stabbing in the capital have been pictured for the first time.

Charlie Bartolo and Kearne Solanke, both 16, were found with stab wounds around a mile apart on Sewell Road and Titmuss Avenue in Thamesmead, southeast London.

Paramedics rushed to the scenes at around 5pm on Saturday, November 26, but sadly both boys died.

Two boys, ages 15 and 16, were arrested on suspicion of murder on Tuesday, November 29, and remain in custody.

Another 16-year-old boy who was arrested on Sunday, November 27, has now been released on bail and is due back at the police station in February 2023, reports MyLondon.

Police are in close contact with the victim’s families as they hunt the killer and are keeping an open mind about a motive.

There is now a website allowing the public to send information straight to detectives.

Detective Chief Inspector Kate Blackburn said the arrests were positive but appealed for witnesses to speak to police or come forward anonymously via Crimestoppers.

Investigators are keen to hear from those who saw a black Nissan Qashqai with silver roof bars around Sewell Road or Titmuss Avenue in the days and hours before the murders.

DCI Blackburn added: “Information you provide could help us bring justice for these young boys and their families.”

Detective Superintendent Richard McDonagh said: “Police are investigating the tragic murders of two teenage boys, and my thoughts and deepest sympathies are with their families and friends—and indeed with local people in Abbey Wood and Thamesmead who I know are shocked and appalled by what has happened.

“As the Deputy Borough Commander of the Met’s South East Command Unit, I join them in being deeply saddened and outraged by these senseless murders.

“I can assure everyone affected by these murders that skilled detectives will work tirelessly to discover what happened and provide answers to the young victims’ families.

“Tackling violence is a priority for the Met. Incidents like those we saw on Saturday reinforce why that work is so important, and why I must again ask all of London’s communities to work with us, and our partners, so that we are doing all that we can together to prevent such tragedies.”

Residents in Greenwich reacted to the bloodshed by calling for more police on the streets, while some said they would be scared to let their children play outside.

Others thought the incident was scary, but the neighbourhood gets a bad name and is not normally this dangerous.

Paul Power, from Thamesmead, said: “I know both the families of the boys who died. It’s absolutely tragic. You hear about these things happening almost on a weekly basis now, so having it happen on the street that you live on, to two lads that you know, is absolutely devastating.”

Kathleen Brown, from Titmuss Avenue, said: “I’ve lived here 30-odd years. When I first moved here, it was nice. But not now. I’d love to get out, and so would my daughters. I made the biggest mistake I could, moving from West London to here.

“Now, your kids are afraid to go out. My daughters are keeping their kids in, and that’s not right. Kids should be able to walk around. They’re just too scared to let them out.”

Christina Hendry, from Thamesmead, said: “It’s getting scary recently, in the last year or two… Usually the boys that are living here have been raised here, and their families have been raised here. There’s a lot of drug dealing and stuff going on, but nobody steps on each other’s toes. They leave each other to it. I think a lot more policing [is needed] at the moment because of everything that’s going on.”

Magnus Amasiat said: “If [police officers] were there, you would have a little bit of confidence. Because if you shout, something will happen, and you will get some assistance.”

Anyone with information that could assist can share it directly with the investigation team on this dedicated webpage.