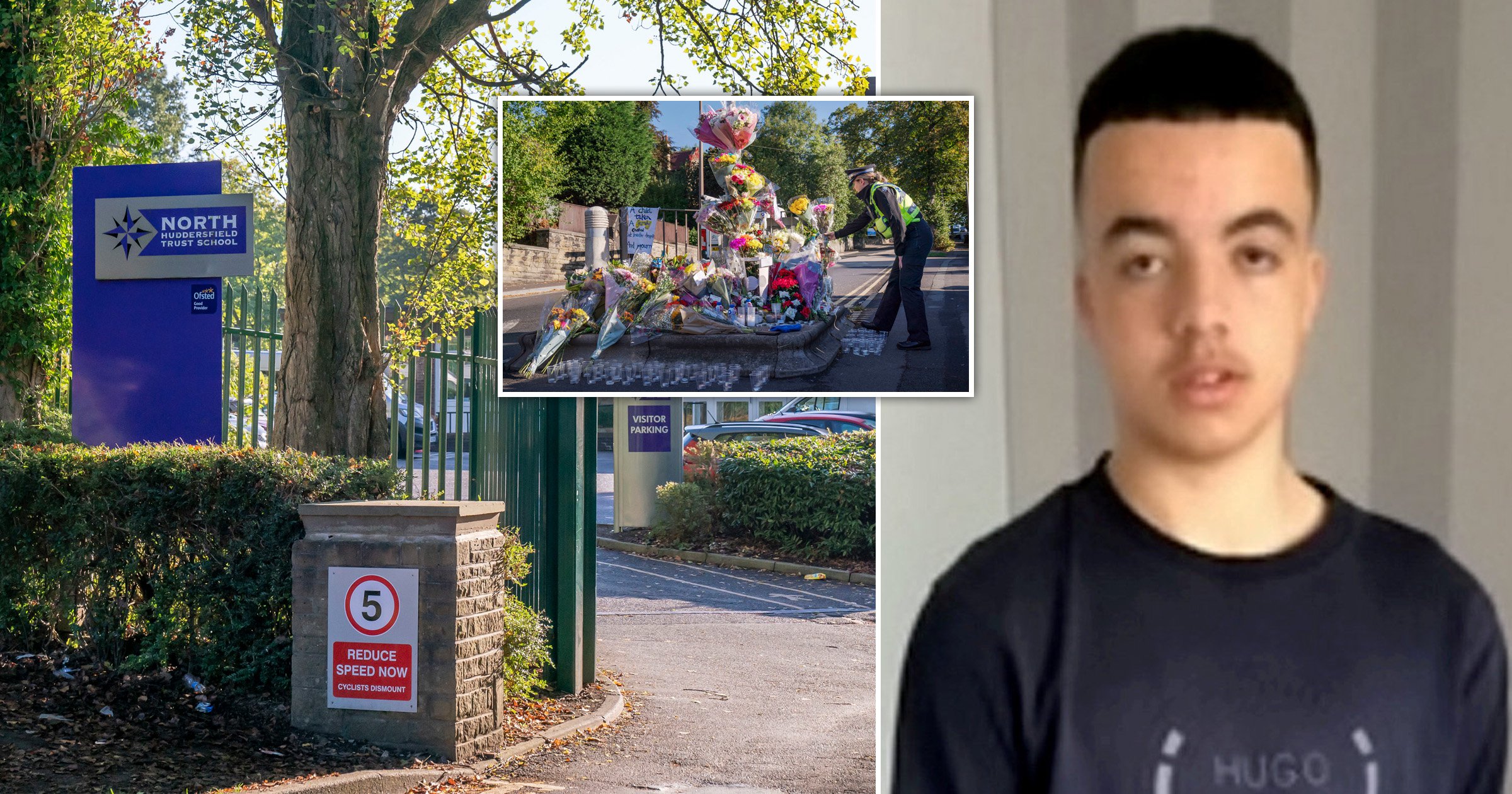 Two teenagers, aged 15 and 16, have been charged with the murder of Khayri McLean.

The schoolboy was stabbed outside the entrance of North Huddersfield Trust School on Wednesday.

A statement from West Yorkshire Police reads: ‘Detectives investigating the death of a 15-year-old boy in Huddersfield have charged two males with murder.

‘Both males, who are 15 and 16 and from Huddersfield, have also been charged with possession of a bladed article.

‘Both have been remanded in custody to appear before Leeds magistrates tomorrow.

‘The charges relate to the death of Khayri McLean, who died after he was stabbed in Woodhouse Hill, Huddersfield, last Wednesday.’

A GoFundMe page has been set up to give Khayri ‘the best send off’.

This is a breaking news story, more to follow