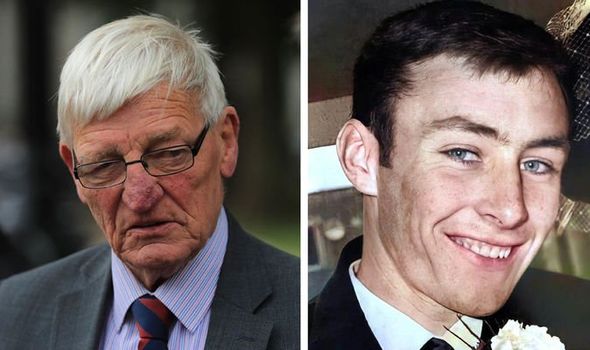 The 24 year old was at the time top of the Royal Ulster Constabulary’s most wanted list, Belfast Crown Court was told. The trial is being held before a judge only, because of fears that a jury could be intimidated. Before the trial opened, demonstrators held banners outside the court expressing opposition to historical prosecution of former British soldiers. Four other veterans face prosecution over killings in the Troubles but hundreds more could face reinvestigation.

One of the men facing trial later this year, Dennis Hutchings, 79, from Cornwall, is seeking permission to take his case to the European Court of Human Rights, claiming his prosecution is “discriminatory and vexatious”.

Among those attending court was MP and former soldier Johnny Mercer – sacked last week as Veterans minister after speaking out about a lack of progress on legislation to protect British Northern Ireland veterans from prosecution.

He said: “In any conflict, it is messy, it is unpleasant, it is a horrible process to go through for both sides.

“What I don’t think is – 50 years later – you get a truly accurate picture of what happened.”

He added: “They served their country, they did their best. War is messy and we need to find a solution for everybody.”

A prosecution lawyer told the court that the shooting on Joy Street took place after an RUC Special Branch officer attempted to arrest Mr McCann, who ran away. 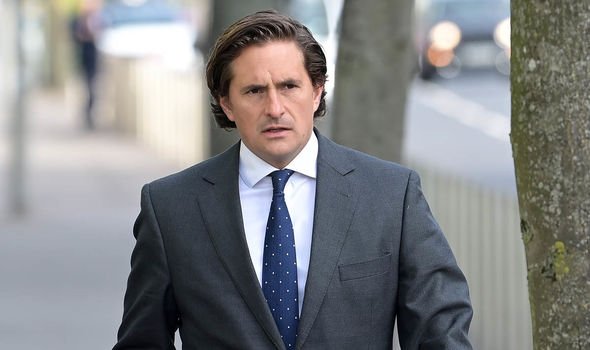 The Crown lawyer said at that point, soldiers A and C, and another now deceased paratrooper, soldier B, opened fire. They had been manning a checkpoint in the area at the time.

The lawyer told the court that Mr McCann was a senior member of the Official IRA who was suspected of involvement in a number of attacks on security forces carried out by the republican group.

The court heard that police intelligence in 1972 assessed Mr McCann as a leading member of the Official IRA in Belfast and that, if encountered, he would likely be armed and resist arrest.

The lawyer said both soldiers believed Mr McCann would have been armed but they said no weapon was found when they searched him as he lay wounded on the ground.

The prosecution lawyer said: “On any view of the facts, the level of force used was unreasonable.” The QC added: “Both soldiers shot Mr McCann in order to stop him from getting away and avoiding being arrested.

“The prosecution case is that in all circumstances that shooting was not legally justified.”

The court heard that in a statement provided in the aftermath of the shooting, soldier A said Mr McCann spoke to them as he lay dying.

The soldier said Mr McCann said: “You got me cold, I’ve no weapon.”

But in legal exchanges prior to the Crown’s opening statement, a lawyer representing one of the soldiers insisted the force used was reasonable.

She said Mr McCann was suspected of involvement in murders and could have committed more if he had evaded arrest.

She said soldiers faced a “binary choice” of either firing to effect the arrest or Mr McCann getting away.

The court heard that Mr McCann sustained three bullet wounds, two of which may have been caused by one round. 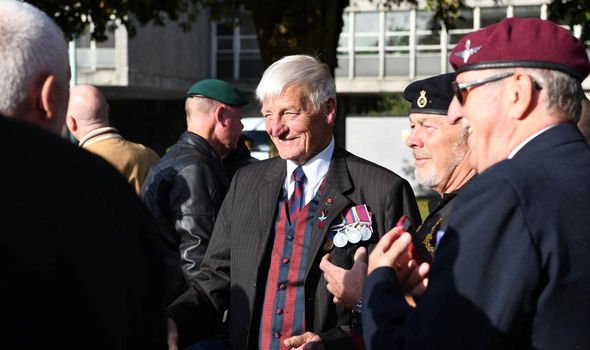 The prosecutor told the court the Crown would contend that both soldiers were responsible for the murder, regardless of who fired the fatal shot.

However, he noted judge Mr Justice O’Hara would also have the option of alternative verdicts of attempted murder or attempted wounding with intent.

The soldiers provided statements at the time of the incidents and were not subject to any legal or disciplinary action at that point.

The case was reinvestigated by the police’s now defunct historical enquiries team in 2010, when the veterans were interviewed under caution.

In their accounts of the events, both soldiers insisted warnings were issued to Mr McCann such as “halt”, but that he continued to run away.