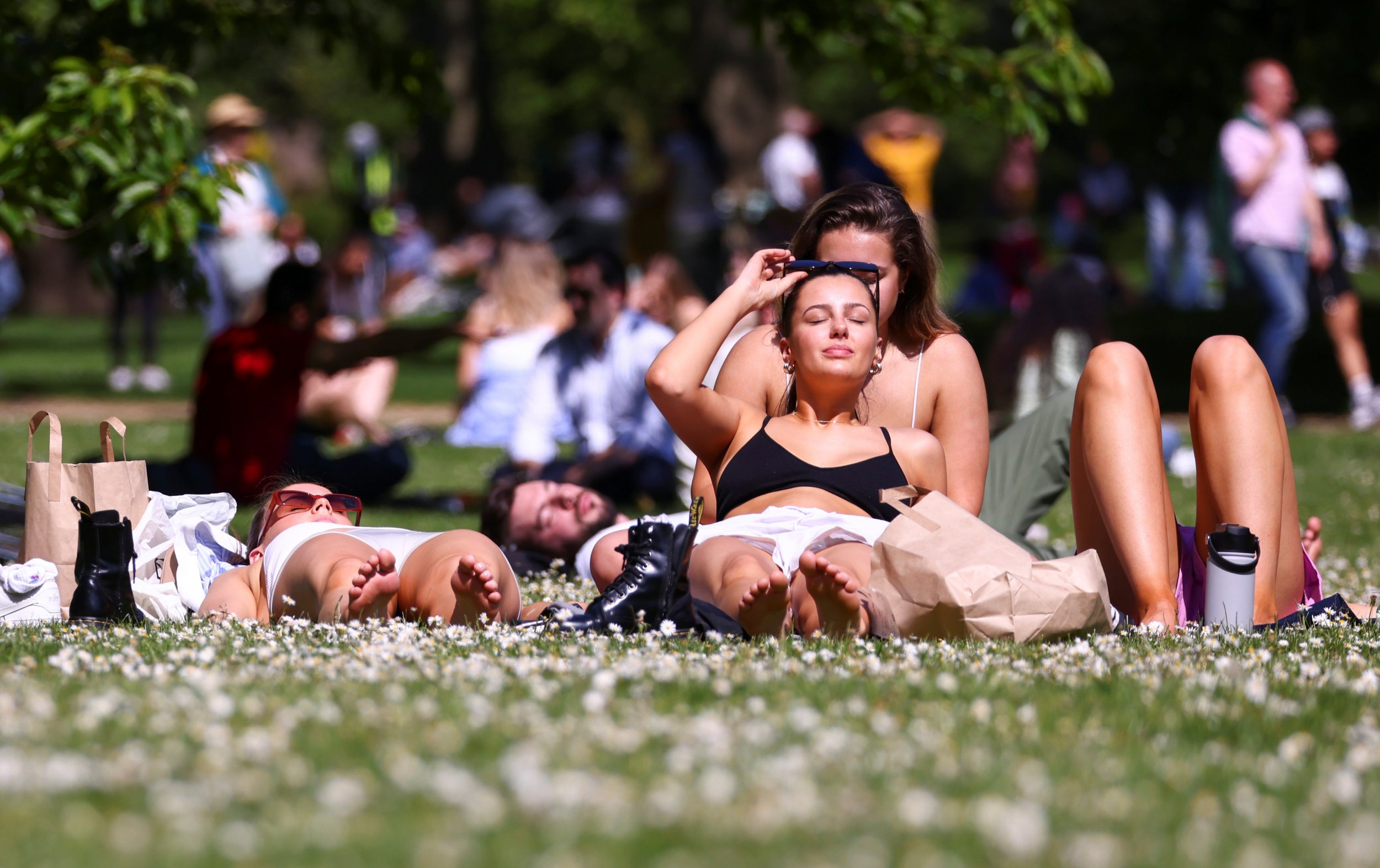 Forecasters are predicting a fortnight of summer sun from the middle of July after weeks of rain and clouds.

A two-week hot spell will coincide with the July 19 ending of lockdown restrictions, when temperatures could reach the high 20s.

The Met Office’s long range forecast said most areas should have ‘a good deal of fine and dry weather’ from July 22 to August 5.

Temperatures are expected to be above average, with the south feeling particularly hot.

Tom Morgan, a meteorologist at the Met Office, said: ‘From around July 15 the Azores high pressure will reach the UK bringing with it warmer and more settled weather.

‘We expect to see higher than average temperatures for the time of year, reaching the high 20s.’

The weather is expected to improve due to the heatwave languishing in neighbouring countries pushing northwards across the Channel.

Temperatures in Spain soared above 40C at the weekend, while Nordic countries have also registered near-record temperatures, including highs of 34C (93.2F) in some places.

However, this does not necessarily mean a heatwave is on the cards for the UK.

Met Office spokesman Grahame Madge said there is a lot of uncertainty when looking at the weather conditions for the rest of July.

He told Metro.co.uk: ‘There is a subtle but encouraging signal for more settled conditions from the middle of the month. This could lead to the extended period of the second half of July and the first week of August seeing warmer and drier than average conditions, with the highest temperatures likely in southern England.

‘However, this is not a forecast for a heatwave and more unsettled conditions are never far from the forecast.’

Before the sunny spells set in, the weather is likely to remain unpredictable with scattered showers.

The forecast for today predicts showers developing, mainly in the south and east, with a risk of a thunderstorms for eastern England.

Heavy showers will continue tonight and there will be persistent rain across the weekend as England gears up to take on Italy in the Euro 2020 final at Wembley Stadium.

The outlook for Monday 12 to July 21 is uncertain with more rain expected.

But the Met Office said: ‘For the rest of July and into early August, there is a chance of conditions being warmer and drier than average overall. Some occasional spells of unsettled weather are still possible, especially in the northwest of the UK, but most areas should have a good deal of fine and dry weather.

‘There remains a low risk of thunder, especially across southern and eastern areas. Temperatures are likely to be above average, with the south possibly feeling very warm or hot at times.’