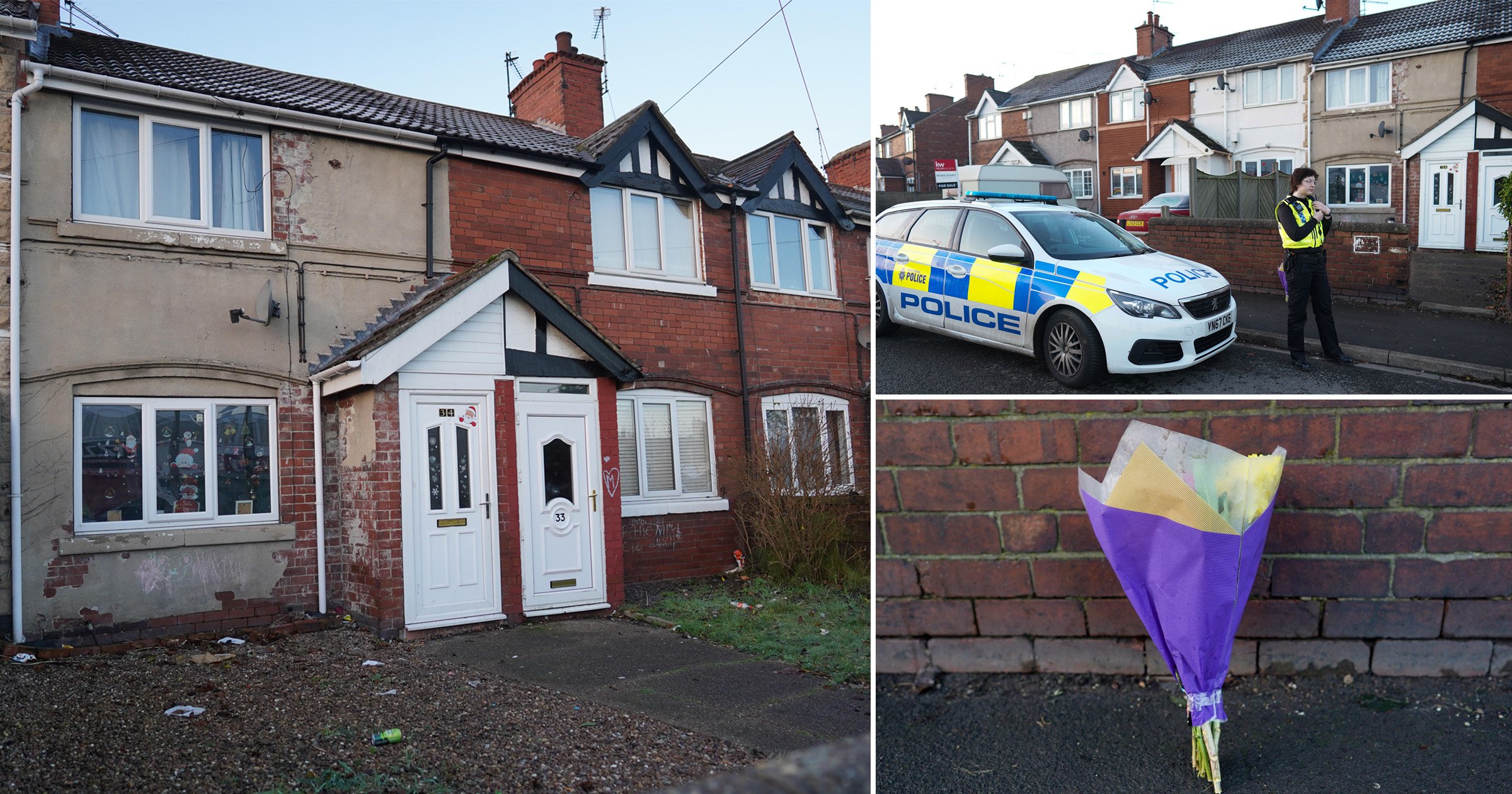 A teenager and a woman have been arrested after a shop worker said he discovered a frozen newborn in a neighbour’s house.

The horrific scenes reportedly took place between 11.30am and 12pm yesterday. That night two people, a 17-year-old girl and a 45-year-old woman, were arrested on suspicion of murder.

Mum Carol Hirst, 28, told her husband Darnell Jackson, 23, that she had spotted a dead baby in a neighbour’s house in Rossington, Doncaster.

Darnell told The Mirror: ‘I walked through the second living room and saw the plastic Herons bag which had been moved from the freezer by two children.

‘The baby was in the foetal position. You could see that the skin was frozen, there was a lot of frost on its legs.

‘I was shocked and speechless. I left then as I couldn’t stay in the house and I had a cigarette in the garden to calm my nerves.

‘I felt physically sick and waited for the police to arrive.’

Similarly, Carol said she was ‘traumatised’ by the unimaginable discovery and rushed home to see her own baby.

When the police arrived, they pronounced the baby dead at the scene.

Temporary superintendent Jamie Henderson said: ‘This is an extremely tragic case and I know the local community, and those further afield, will be very upset to hear about what has happened.

‘At this time, our investigation into the circumstances surrounding the baby’s death is in the very early stages and we ask the public not to speculate about the case.

‘There is a cordon in place on Norman Crescent in the Rossington area while our officers carry out their work, and therefore we are asking members of the public to avoid the area at this time.’