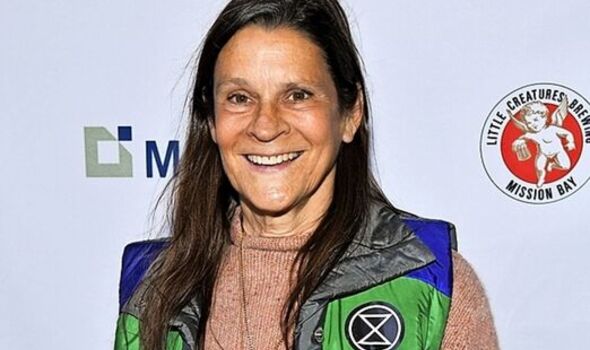 Aileen Getty set up a fund that helps to bank-roll groups such as Just Stop Oil, which aim to force the Government to alter policy via “civil disobedience”.

The American’s grandfather was the late J Paul Getty, once the world’s richest man and patriarch of a dynasty worth £4billion.

Ms Getty, 65, established the Climate Emergency Fund two years ago – and it is claimed she donated nearly £1million.

Speaking from her home in California, she said: “It’s true that over a century ago, my family played a role in unlocking fossil fuels at a time when we did not know what we know now, that the extraction and use of fossil fuels is killing life on our planet.”

“Disruptive climate activism is, I would argue, the single most underfunded area in philanthropy and a tremendous opportunity.”

“I would be a climate change activist whether or not my family had been involved in the oil industry.”

The Climate Emergency Fund is believed to have handed out £3.5million. Other backers include the Oscar-winning film director Adam McKay and Rory Kennedy, niece of assassinated US President John F Kennedy.”

Most of the money goes to a global coalition known as the A22 Network, which was founded by Just Stop Oil and Insulate Britain.

Activists and organisers are given money for expenses such as travel, accommodation, materials to make banners and hiring venues for lectures.

Just Stop Oil protesters have caused major disruption to traffic in Britain with a series of protests including the scaling last week of the QEII Bridge linking Kent and Essex.