LONDON — British government scientists are increasingly finding the coronavirus variant first detected in Britain to be deadlier than the original virus, a devastating trend that highlights the serious risks of this new phase of the pandemic.

The scientists said last month that there was a “realistic possibility” that the variant was more lethal. Now, they say in a new document that it is “likely” that the variant is connected to an increased risk of hospitalization and death.

The British government did not publicly announce the updated findings, which are based on roughly twice as many studies as their earlier assessment and include more deaths from cases of Covid-19 caused by the new variant, known as B.1.1.7. It posted the document on a government website on Friday and said that it had been considered at a meeting of government advisers the day before.

The variant is known to be in 82 countries, including the United States. American scientists recently estimated that it was spreading rapidly there, doubling roughly every 10 days, and have said that it could be the dominant version of the virus in the United States by March.

“Calculating when we can lift restrictions has to be influenced by this,” Simon Clarke, an associate professor in cellular microbiology at the University of Reading, said of the new findings. “It provides extra evidence that this variant is more lethal than the one we dealt with last time.” 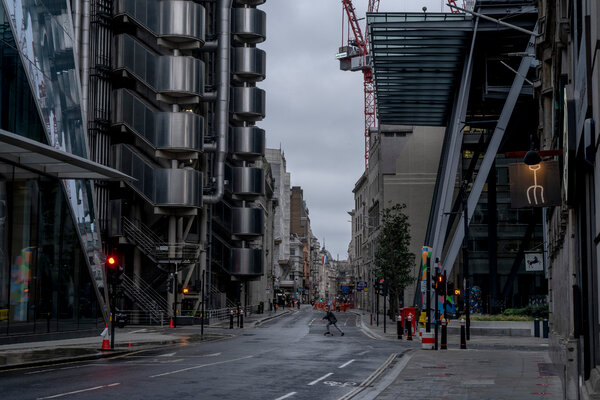 Most Covid-19 cases, even those caused by the new variant, are not fatal. And the government scientists were relying on studies that examined a small proportion of overall deaths, making it difficult to pinpoint how much increased risk may be associated with the new variant.

There also remained a number of inescapable limitations in the data, including the fact that it was difficult to control for whether cases of the variant were occurring in nursing homes. The government scientists said the most powerful studies need more data on deaths before they could examine the effect of the variant more conclusively.

But the strongest studies the government scientists relied on estimated that the variant could be 30 to 70 percent more lethal than the original virus.

And the additional evidence, they wrote, allowed for “increasing confidence in the association” of the new variant “with increased disease severity.”

The variant is thought to be 30 to 50 percent more transmissible than the original virus, though some scientists now believe it is even more contagious than that. The first sample of it was collected in southeastern England in September, and it quickly became the dominant version of the virus in Britain. It now accounts for more than 90 percent of cases in many parts of the country.