The criticism adds to a scathing backlash against findings by the Johnson government that called Britain a ‘model for other white-majority countries.’ 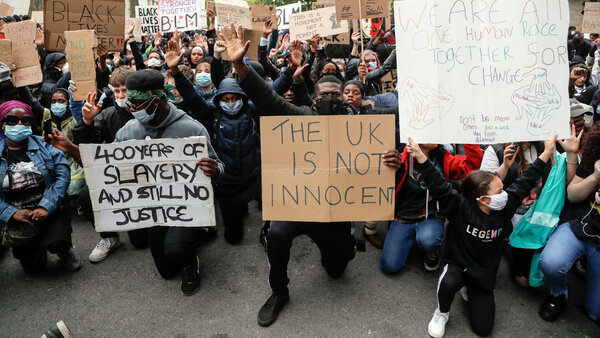 “In 2021, it is stunning to read a report on race and ethnicity that repackages racist tropes and stereotypes into fact, twisting data and misapplying statistics and studies into conclusory findings and ad hominem attacks on people of African descent,” the U.N. Working Group of Experts on People of African Descent said in a statement that was endorsed by another U.N. expert monitoring contemporary forms of racism.

The British report, which was commissioned by Prime Minister Boris Johnson in response to the outpouring of protest that followed the killing of George Floyd by a Minneapolis police officer, concluded that Britain did not suffer from institutional racism and instead offered “a model for other white-majority countries.”

Racism still existed but discrimination in Britain, it argued, was more a result of socio-economic inequities than skin color.

The panel urged the British government to categorically reject the findings of its commission, warning that its historical distortions and falsehoods “may license further racism, the promotion of negative racial stereotypes, and racial discrimination.”