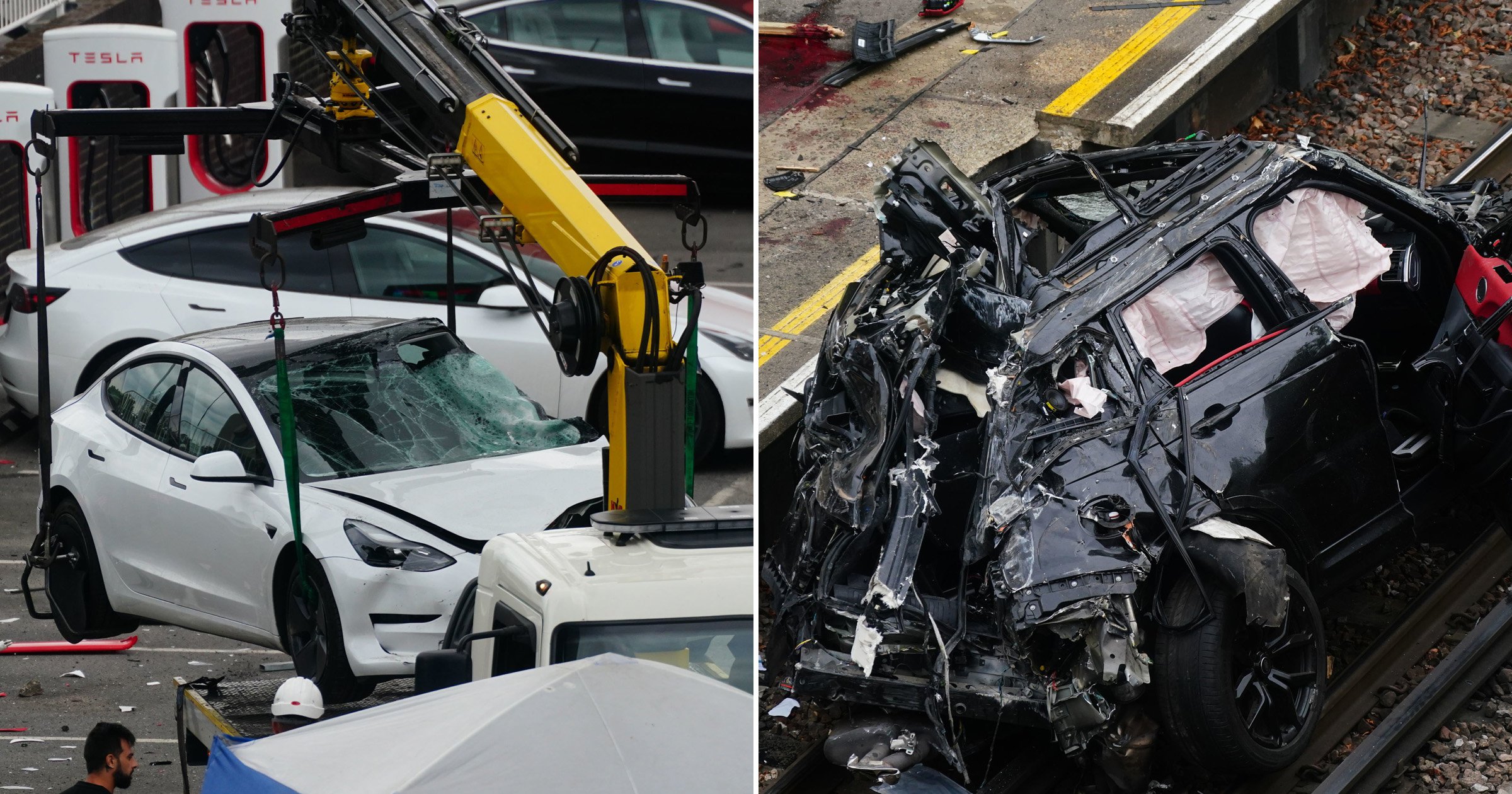 An Uber driver has recalled the terrifying moment a Range Rover slammed into a wall before ending up in a crumpled mess on the railway tracks.

Nawaf Ali, 40, said ‘he could have died’ after he planned to park next to a driver, who was injured in the crash, outside Park Royal station in west London.

A woman in her 20s, believed to be a passenger, died after being thrown from the Range Rover in midair and three other drivers on the A40 were injured just before 4am yesterday.

The black Range Rover veered off the road, crashed into metal barriers at the nearby Tesla centre car park and ended up on the railway.

Mr Ali said it was like something out of a ‘horror movie’, telling MailOnline: ‘There was a noise like an aircraft crashing. It was so loud.

‘I ducked my head down and this car came flying over the metal barrier. The noise was incredible, but then it was silent.

‘It looks like she had been almost ejected out of the car and collided with one of the charging stations and then gone into the side of the car.

‘There was a lot of debris all over the place. I was walking around, then I saw the body of the young woman. It was awful.’

The driver of the Range Rover is in a critical condition in hospital, while another female passenger is being treated for non-life threatening injuries.

Mr Ali described how the driver was in shock and suffering from a bleeding nose.

He was asked by the ambulance service to livestream the incident before they arrived.

A specialist train arrived at the tube station 10 hours after the incident to remove the Range Rover at 1.30pm.

The westbound section of the Piccadilly line between Acton Bridge and Uxbridge was reopened later in the day.

Eastbound Piccadilly trains are not stopping at Park Royal due to damage to the platform edge.