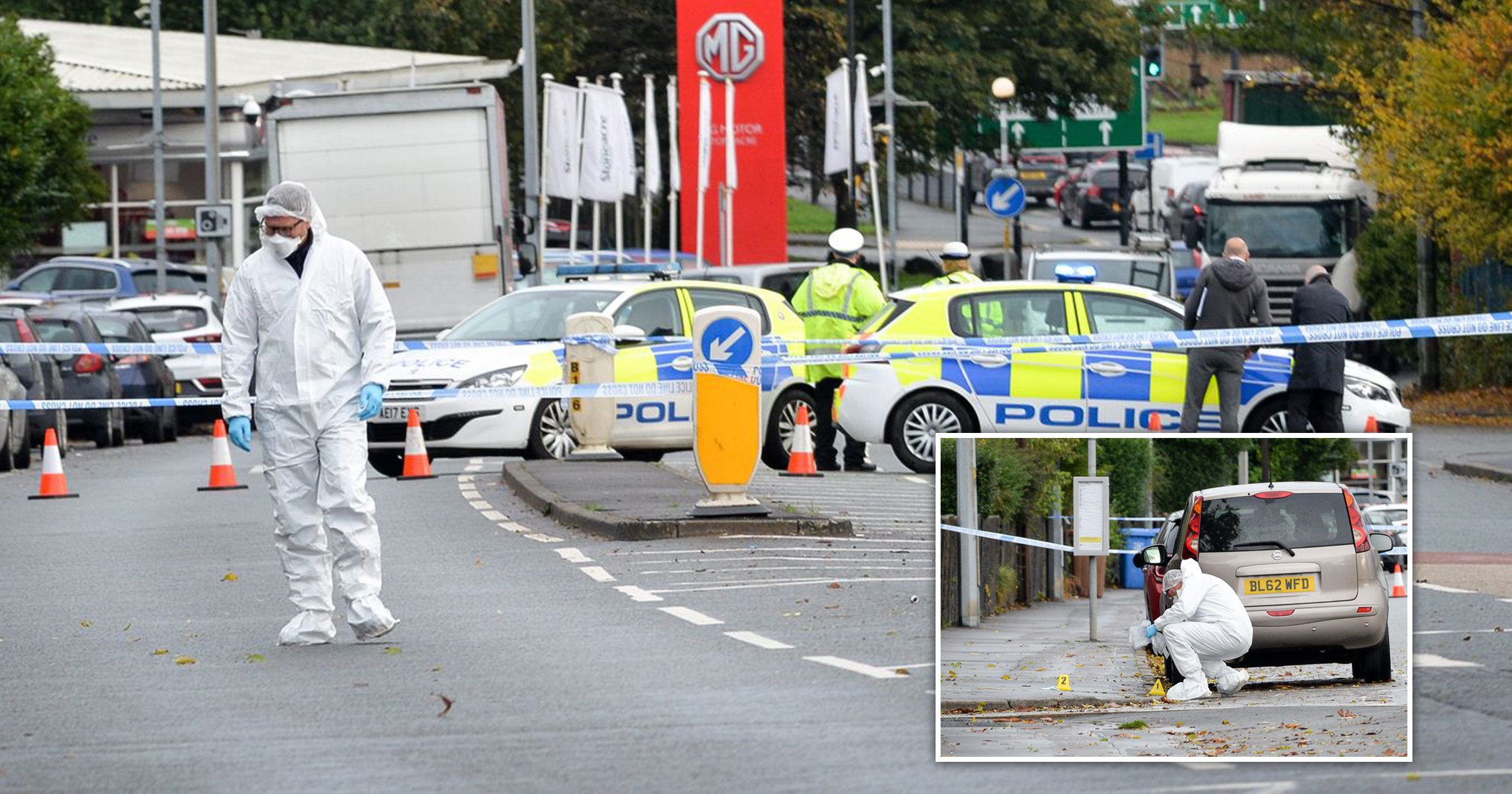 Two men battered an Uber driver to death in a ‘brutal and totally unforgiving attack’ after a location mix-up, a murder trial has heard.

Manchester Crown Court was told McPartland had ordered the taxi from Oldham town centre to Koko Lounge club in Rochdale, with the hope to meet girls there.

Instead, he entered the address for Coco’s Grillhouse and Desserts in the town.

A ‘ferocious argument’ broke out over the mistake at a Shell petrol station when Mr Asghar opened the rear door to let the passengers out, the jury heard on the first day of the trial yesterday.

The pair then launched the assault, which culminated in the driver cracking his head on the pavement and fracturing his skull.

Another taxi driver, Mohammad Khalid, saw the victim being confronted and attempted to reason with the two men.

But he was forced to retreat to his car quickly as he feared being attacked too, and called the police instead.

Jurors were told the argument even woke a nearby resident, who heard one of the defendants yelling ‘Come on then, come on then, call the police’ before hearing a banging noise.

CCTV footage shows Mr Asghar reaching into his car for his mobile, which Mr Gozem said may reflect the moment the witness heard the shouts.

Then, the victim manages to get up and disappears from the camera’s view.

Mr Gozem told the court the two men chased the driver, adding: ‘Tragically, he stumbled and fell over and they kicked him in the face and head.’

At this point, McPartland ran to the car, threatening to steal it.

Despite suffering a fractured cheekbone and serious facial injuries, Mr Asghar managed to get up and make his way back towards his car.

Another witness who lived nearby to the scene saw one of the defendants push him, causing him to fall and hit his head, before running off a few minutes later.

Mr Khalid then found Mr Asghar on the floor by the kerb next to his car, bleeding heavily from the head.

The defendants, both from Oldham, deny murdering Mr Asghar.

Jurors were told Treacy has admitted manslaughter but denies he intended to cause the taxi driver serious harm.