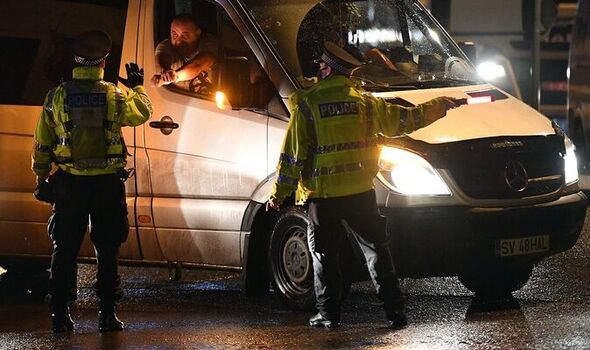 Britain could be exposed to an increased risk of smuggling of illegal or counterfeit products during the busy festive period, as the Border Force threatens to go on strike over a pay dispute with the Home Office. ISU, the union for borders, immigration and customs are balloting its members for industrial action with the results expected on Monday, October 31.

Representatives of the union have already warned about delays and long queues that could cause misery for travellers at airports and ports border control stations if the strike does happen.

But the strike will also entail a security risk as a ISU spokeswoman admitted reduced staff at the borders would see a failure to check imports of potentially unlawful goods efficiently.

This is despite the ISU claiming that the strike will not cause a threat to national security.

“There is a risk that when border activities are reduced, it does give an opportunity to individuals who are smuggling drugs, for example, perhaps to attempt to get something through the border.”

The Border Force is responsible for imports in breach of duty or other import requirements, including counterfeit goods and unlawful imports (such as engendered animal products).

Moreover, the Border Force carries a vital role in national security as it handles illegal imports such as firearms or drugs.

Ms Moreton explained that imports of lawful goods will not be affected, since the Border Force does not handle those, and therefore there should be no worry about delays or potential shortages of goods such as food or Christmas presents.

She said: “The more likely impact is that goods that we need to check will be delayed. But because we don’t check everything, and it’s an intelligence-based system, there’s always going to be a risk of illegal imports going through.

“That’s true of every country. No country checks 100 percent of imports, it simply isn’t possible.”

Asked about the potential risk of smuggling of illegal products Home Office said workers will be deployed “flexibly” to support the flow of passengers and goods at the UK border.

A spokesperson said: “We work closely with all UK ports and airports to ensure passengers and goods can cross the border as smoothly as possible and will do so in the event of any industrial action.

“Government have robust plans in place to deploy officers flexibly to support the flow of passengers and goods at the UK border. We will continue to maintain the checks we need to carry out to keep the public safe, while minimising disruption.”

The ISU has rejected the Home Office’s offer of a three percent pay rise and aims for an eight percent instead.

Asked about the development of the negotiations, Ms Moreton said: “[The Home Office] are aware of our ballot and our concerns.

“The impact of over 10 years of public sector pay restraint is well known and acknowledged. The difference for our members is that they are key workers who fulfil an essential public service.

“Where police, ambulance staff, nursing staff etc have all been recognised – and rightly so – for their service through the pandemic and by the Queen during the jubilee, Borders and Immigration staff have been side-lined and ignored.”