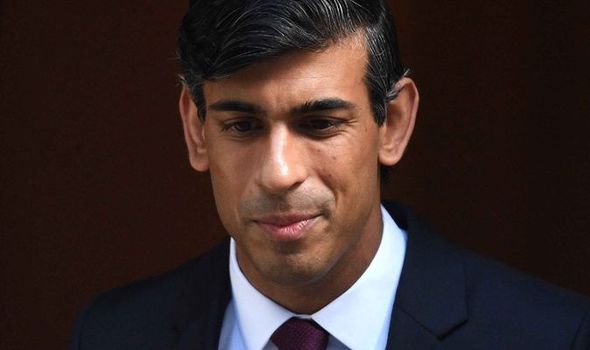 Gross domestic product (GDP) plunged by 9.9 percent as the country faced coronavirus restrictions for a large chunk of 2020.

The huge fall marks the worst year for the economy since records began.

But in a glimmer of hope, the economy looks set to avoid a double-dip recession with the economy growing 1.2 percent in December.

ONS deputy national statistician for economic statistics Jonathan Athow said: “Loosening of restrictions in many parts of the UK saw elements of the economy recover some lost ground in December, with hospitality, car sales and hairdressers all seeing growth.

“An increase in Covid-19 testing and tracing also boosted output.

“The economy continued to grow in the fourth quarter as a whole, despite the additional restrictions in November.

“However, GDP for the year fell by nearly 10 percent, more than twice as much as the previous largest annual fall on record.”

If there had been a double-dip recession, it would have been the first since the 1970s.

A double-dip means two recessions within a short period of time, while a recession is defined as two consecutive quarters where the economy contracts.

GDP was first measured in the aftermath of the Second World War, and the measure has never previously dropped by more than 4.1 percent.

That last big fall was in 2009 but the Bank of England has also estimated historic GDP going bank centuries.

These measures come with caveats, but if correct, 2020 would be the worst year since 1921.

Meanwhile, the Bank on England’s chief economist Andy Haldane has said the economy is “poised like a coiled spring” to leave lockdown.

Mr Haldane predicted annual growth could be in double digits next year due to lockdown savings.

Many households have boosted their finances while staying at home during the pandemic.

The household saving ratio soared to an all-time high of 29.1 percent in the second quarter of last year, according to the ONS.

Writing in the Daily Mail, Mr Haldane said: “While today the economy is shrinking and inflation is well below target, a year from now annual growth could be in double digits and inflation back on target.

“As its energies are released, the recovery should be one to remember after a year to forget.”

It comes after Mr Haldane said in November that developments in coronavirus vaccines meant the 2021 outlook for the UK economy was “materially brighter”.