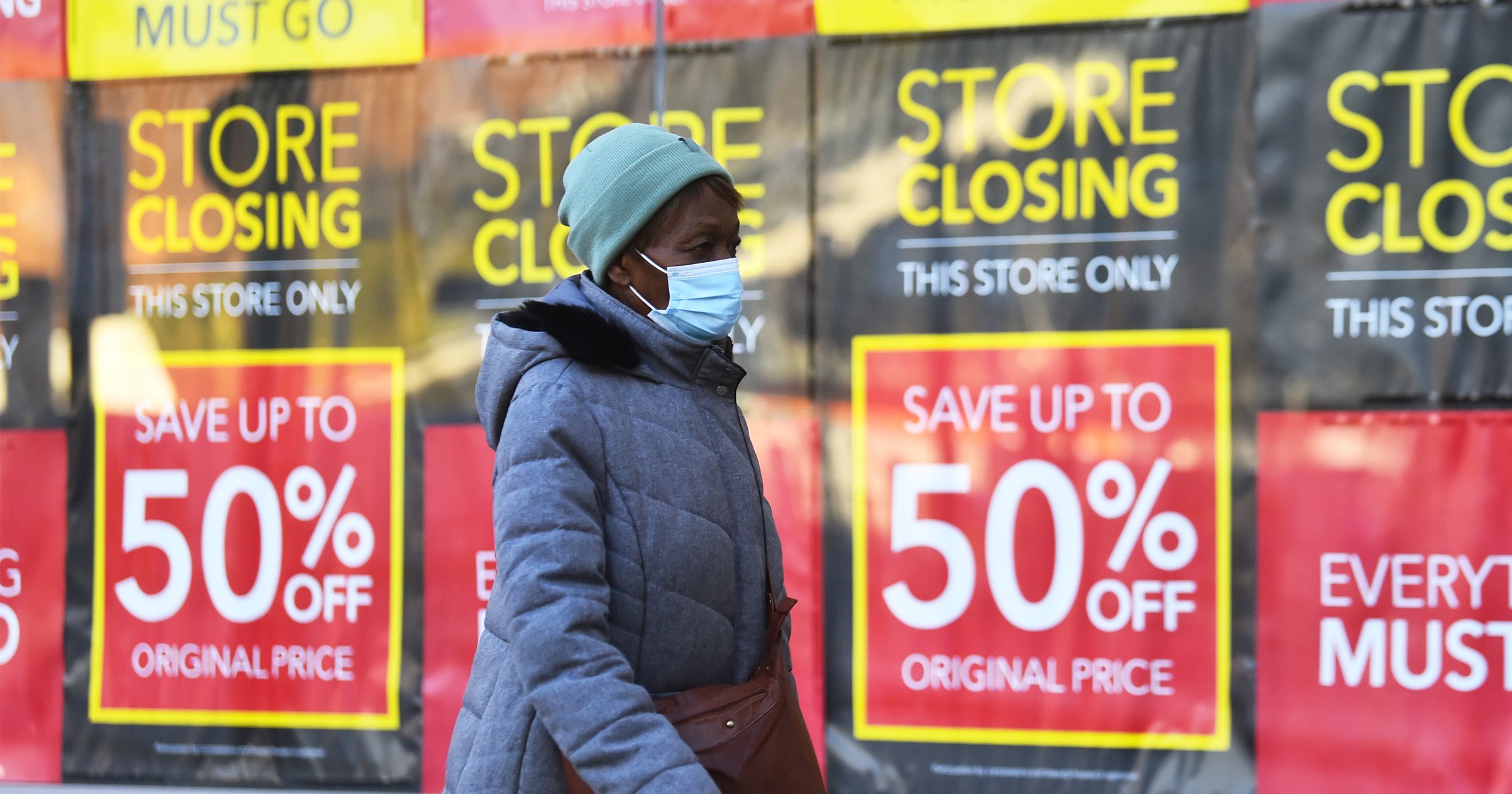 The UK’s economy shrunk faster than at any point in 100 years in 2020, new figures reveal.

According to the Office for National Statistics, domestic product (GDP) dropped by 9.9% during the year.

The coronavirus outbreak saw an unprecedented closing down of businesses, with fears the economic fallout could last for years.

Chancellor Rishi Sunak said the grim GDP figures show the economy has ‘experienced a serious shock as a result of the pandemic’.

He added: ‘While there are some positive signs of the economy’s resilience over the winter, we know that the current lockdown continues to have a significant impact on many people and businesses.

‘That’s why my focus remains fixed on doing everything we can to protect jobs, businesses and livelihoods.’

He said that in next month’s budget, he will set out ‘the next stage of our Plan for Jobs and the support we’ll provide through the next phase of pandemic’.

The economic slump of 2020 is beaten only by the Great Frost of 1709, when an extraordinarily cold winter drove GDP down by an estimated 13%, according to Bank of England historical data.

Figures for 2020 are worse than the fall of 9.7% during the recession of 1921, which occurred amid coal strikes, mass unemployment and depression after the First World War.

Despite the gloomy statistics, Britain avoided falling back into a recession in the final quarter of the year.

GDP, a measure of the size and health of a country’s economy, grew 1% between October and December compared to the previous quarter.

This makes it unlikely that Britain will see two straight quarters of contraction – the standard definition of recession in Europe – even though the economy is set to shrink sharply in early 2021 due to impact of the third national lockdown.