One of the UK’s last remaining coal power plants had to be fired up on Monday morning, as low winds meant the National Grid needed an additional source of energy.

West Burton A, in Lincolnshire, is due to be decommissioned this time next year, but for the moment it is still at the ready if the UK needs more electricity.

The lack of wind was due to the high pressure system in the North West, which has led to calm air in the regions with the most turbines. 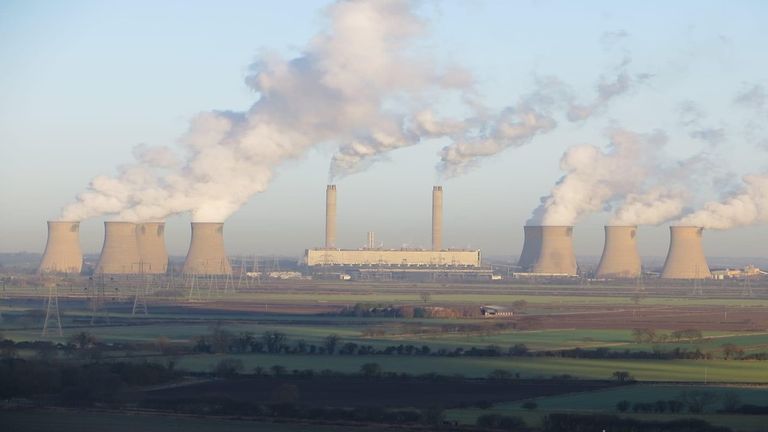 It has also caused the warm weather currently in the UK.

The lack of breeze meant that West Burton was needed to provide stability to the grid.

It meant that for the first time since March this year, more than 1.5GW of power for the UK was generated by coal – equivalent to 546 wind turbines worth.

It also meant up to 5% of the UK’s power was coming from coal.

A spokesman for EDF, which runs the plant, said: “Two units at the station have helped to balance the UK electricity system in order to ensure security of supply.”

The use of coal power to balance the grids is not unusual, but is becoming less common as the UK moves away from a reliance on the fossil fuel.

There are currently only two coal plants connected to the UK grid – West Burton, and Uniper’s Ratcliffe-on-Soar in Nottinghamshire, which will be decommissioned by 2024 under current plans.

As well as the lack of wind, the use of coal has been caused by rising costs of other power sources.

A surge in demand for natural gas due to the reopening from the pandemic – during which output was cut – has led to rising prices of the UK’s main source of power.

Buying power from other European grids is also expensive currently.

The grid has been using coal power in small amounts since Wednesday in a bid to optimise output.

Last year, the UK had more than 5,000 hours during which no coal power was used.

To the end of May this year, there have been 1,511 hours without coal.