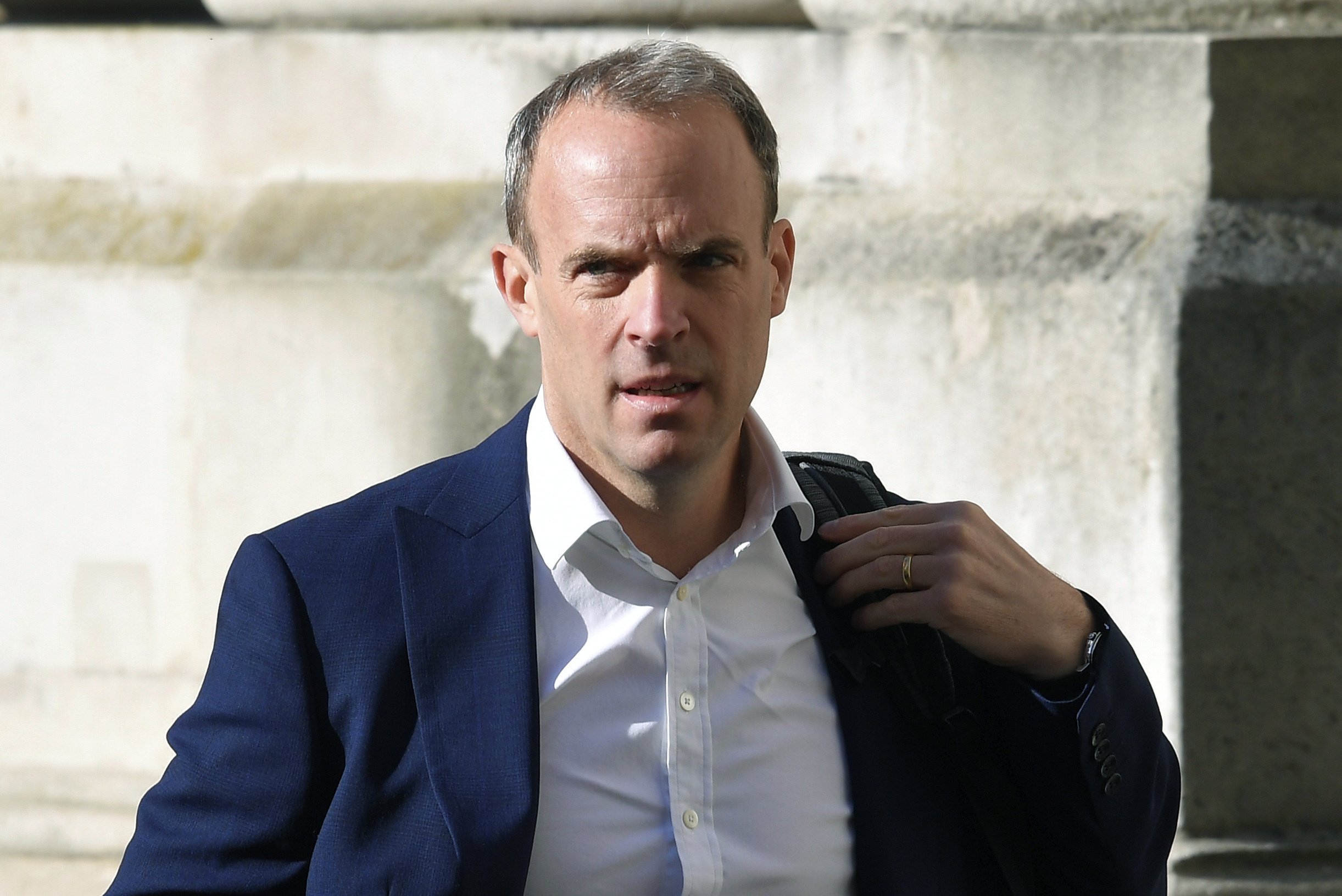 The UK has sanctioned 22 people involved in ‘notorious corruption cases’ in a bid to try and stop the country being a haven for dirty money, Foreign Secretary Dominic Raab said.

Individuals across Russia, South Africa, Saudi Arabia and Latin America were targeted with asset freezes and travel bans today in the first wave of sanctions under the new regime.

Mr Raab acknowledged to MPs that the UK, as a global finance hub, can be a ‘honey pot’ for corrupt individuals seeking to ‘launder their dirty money’.

He said that the new measures here, taken partly in tandem with similar measures in the US, target those involved ‘in some of the most notorious corruption cases around the world’.

Fourteen of those hit with sanctions were involved in one of the largest tax frauds in recent Russian history as exposed by the late lawyer Sergei Magnitsky.

Mr Magnitsky died in custody after alleging the theft of £185m from Hermitage Capital Management by tax officials.

The CEO of Hermitage Capital, Bill Browder, had pushed for the tougher sanctions regime.

He tweeted today: ‘After Magnitsky’s murder 11 years ago, I’ve worked tirelessly to have those who benefitted from the crime he uncovered sanctioned.

‘Today this happened with @DominicRaab’s upgrade of the Magnitsky sanctions regime. 14 of the 22 people sanctioned were involved in the Magnitsky case.’

He added: ‘The UK has emerged as the money laundering capital of the world. The newly upgraded UK Magnitsky Act which includes corruption sanctions is sorely needed, but will only be effective if it’s aggressively applied to all the kleptocrats that stash their money here.’

Among the others sanctioned were three individuals accused of long-running corruption in South Africa, as well as four Dubai-based businesspeople.

So too were a Guatemalan linked to bribery and a treasurer of Nicaragua’s Sandinista party linked to misappropriation of public funds.

Dominic Raab said the sanctions regime will be ‘an additional powerful tool to hold the corrupt to account’.

Labour welcomed the announcement, but said law enforcement need the resources to support investigations, saying the current rate of prosecutions for economic crime is ‘woefully low’.

Shadow foreign secretary Lisa Nandy said: ‘If he’s serious about what he’s saying today he needs to put his money where his mouth is.’

Transparency International UK policy director Duncan Hames said: ‘Whilst this regime is by no means a silver bullet for tackling the UK’s role as a safe haven for the corrupt, it is a very positive development.

‘The use of these powers should send a firm message to corrupt individuals and their enablers who have enjoyed the freedom to travel to and invest in the UK, that they will no longer be welcome here.’